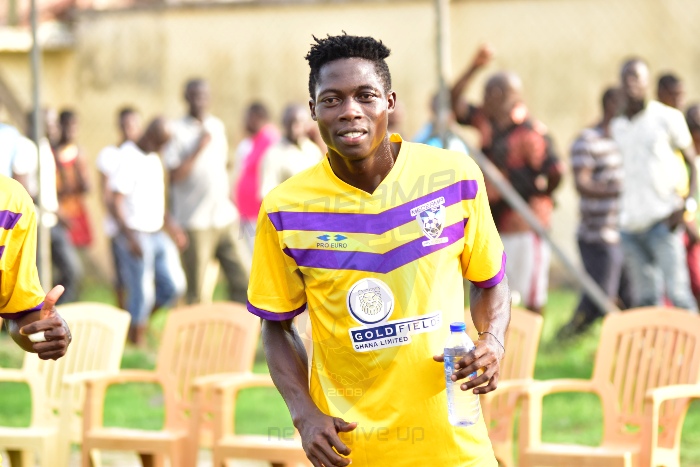 Medeama have reached an agreement with Kotoko over the loan transfer of midfielder Justice Blay, the club announced on Tuesday.

The 26-year old will a medical in Kumasi on Wednesday ahead of the official signing.

Blay will join the Porcuoine Warriors on a season-long loan after spending three years in Tarkwa.

It’s a massive transfer coup for the Ghanaian giants, who are keen to assemble the best crop of players to compete favourably in the CAF Champions League next season.

GHANAsoccernet.com broke the news about the imminent departure of the combative enforcer to Kotoko.

Blay's numbers at Medeama have been impressive since joining from Hasaacas three years ago.

He has been a key cog of the Medeama side for the past seasons.

BREAK: We have reached an agreement with @AsanteKotoko_SC over the transfer of Justice Blay.

The midfielder will join @AsanteKotoko_SC on a season long loan.

He will undergo a medical in Kumasi on Wednesday.

We wish him well. pic.twitter.com/h7mzi6qLwd