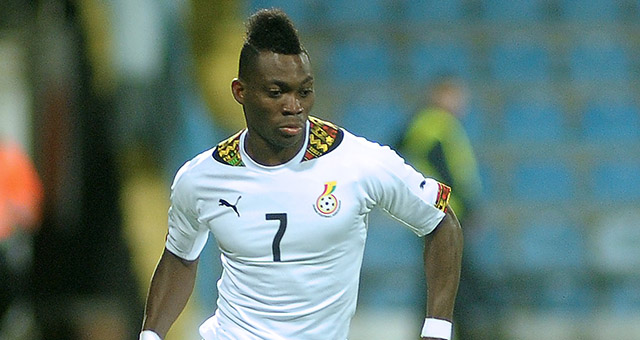 Ghana's committed and reliable playmaker Christian Atsu has served notice of his decision to quit the Black Stars citing neglect over the injury that ultimately cost him his starting place at Newcastle United, GHANAsoccernet.com can exclusively report.

The patriotic player, who has consistently served Ghana with diligence over for more than seven years, has told Black Stars coach Charles Akonnor  he is no longer available for selection.

A reliable source close to the player told Ghana's leading football news outfit, Ghanasoccernet.com that the England-based player delivered the message to coach Akonnor when he visited England recently on a tour of Europe to meet Black Stars players.

It explains why the talented winger was excluded from the Ghana's squad announced by Akonnor to face Sudan in a botched 2021 Africa Cup of Nations double-header qualifier.

Atsu's 2019 Africa Cup of Nations in Egypt ended prematurely after he picked up a hamstring injury during his country's 0-0 stalemate against Cameroon on July 1, 2019.

He was immediately flown to Tyneside for treatment which lasted for over two months.

GHANAsoccernet.com understands the talented winger is unhappy after officials of the Ghana Football Association failed to even contact him during the period of his predicament.

He was left to his faith despite proving his loyalty, dedication and commitment to the national team for several years and now appears to wanting to focus on getting his club career back on track.

The injury he suffered while on national duty cost him many things including his starting berth in the Newcastle United squad as well as wages because he could not get bonuses for playing and had to rely only on salaries.

He lost his place to the club's emergency signing Allan Saint-Maximin due to the setback he suffered while on international duty.

The former FC Porto wideman is now reluctant to return to the Ghanaian national team after pouring out his genuine concerns to coach Charles Akonnor.

The former Everton and Bournemouth winger has demonstrated he is a top professional, whose loyalty to Ghana cannot be questioned.

He turned down a chance to play for Scottish giants Celtic during the winter transfer window as he preferred to fight for his place at St James' Park.

Atsu has excelled heavily in Ghana colours, seizing games because of his huge heart, stamina and will to win for the Black Stars to earn him huge admirers in the West African nation.

An instinctive footballer often fuelled by emotion and adrenalin, Atsu has demonstrated his unrivaled commitment to the national team since he bust onto the international scene in 2012.

It remains to be seen if the Ghana FA can make overtures for the 28-year-old to rescind his decision as he remains keen to focus on his club career.