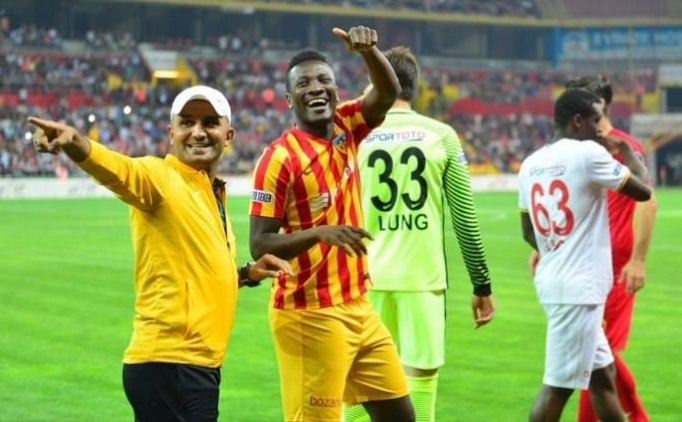 Turkish top-flight side Kayserispor will not release Ghana captain Asamoah Gyan for this week's 2018 World Cup qualifier against Uganda due to fitness concerns, Ghanasoccernet.com can exclusively reveal.

Kayserispor chairman Erol Bedir says the Black Stars captain will not travel to join the team for the World Cup qualifier as he is in the final phase of his recovery from injury.

The Turkey-based player was named in the Black Stars 26-man squad for this week's matches against Uganda and Saudi Arabia even though he has fitness concerns.

Bedir told Ghana's leading football news outfit that they have written to the Ghana FA to inform them about the decision on the striker.

The Turkish side added that they have provided the Ghanaian FA with the full medical report over Gyan's injury status to avoid any doubts.

"We have sent a report on Asamoah Gyan's injuries to the Ghanaian  federation to confirm to them the injury situation," Bedir told Ghanasoccernet.com

"Asamoah is undergoing a special training to aid his recovery and to also avoid the consistent recurrence of the same injury problems."

The Kayserispor striker has been on the sidelines for sometime and was unable to feature for the club over the weekend due to the recurring thigh injury.

The Black Stars know that even with a win in Kampala their World Cup dreams will be over if Egypt overcomes visiting Congo Brazzaville on Sunday.

Egypt are currently top Group E with nine points and could qualify for Russia if they beat Congo and Uganda fail to win in Kampala against Ghana on Saturday.