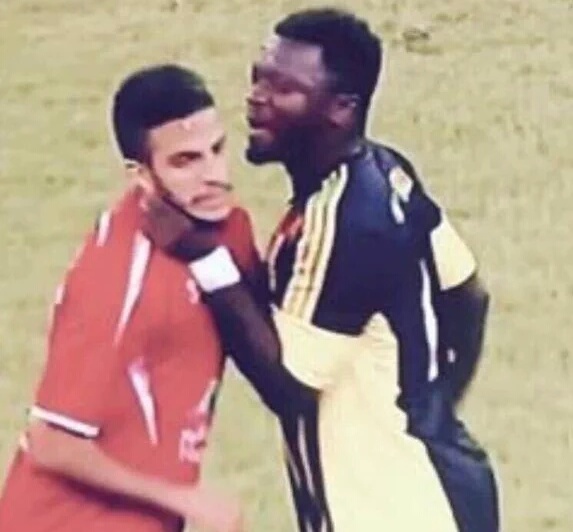 Sulley Muntari's dirty disciplinary record reared its ugly head in Saudi Arabia with the controversial Ghanaian midfielder getting a two-match ban and slapped with a fine for physically attacking an opponent during a match.

This comes just under two years after the Ghana star physically attacked a Ghana FA official for no apparent reason at the 2014 World Cup in Brazil during a meeting.

The Al Ittihad player was handed the stiff punishment for the shocking attack on his opponent in their match against Al Wahda.

Angry Saudi Arabia football federation officials were scandalized by the attack by the Ghanaian player on his opponent in the Saudi Champions Cup last 16 clash on Tuesday night.

Swift action by the Disciplinary Committee of the Saudi football authorities means the Ghanaian will be banned for two matches while paying a huge fine for his conduct which played out of live television throughout the Arab Region. 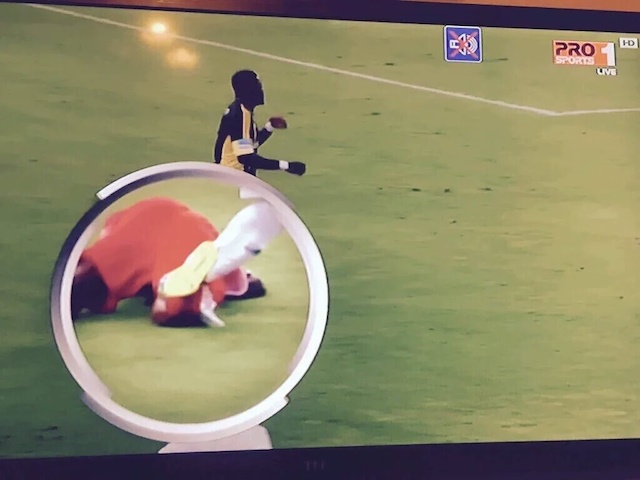 Sulley Muntari
Muntari was involved in a melee with a Wahda player and was yellow-carded on 16 minutes and lasted the entire duration.

But video evidence showed he assaulted his marker and had retrospective punishment after he was left unpunished by referee by Mohammed Al Qarni.

He was shown to have hit the player knocking the Al Wahda star to the ground which drew widespread condemnation. 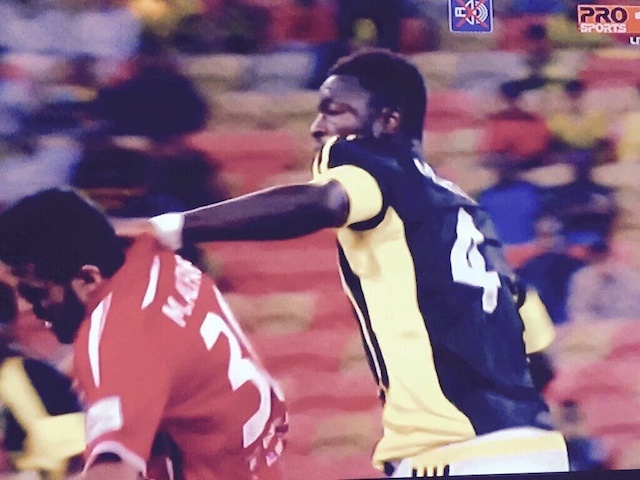 Sulley Muntari
Muntari is a player surrounded with controversies throughout his career which was highlighted by the incident in Brazil that scandalized him.

He was sacked from the Ghana World Cup team for his conduct during the competition for physically attacking Moses Armah.