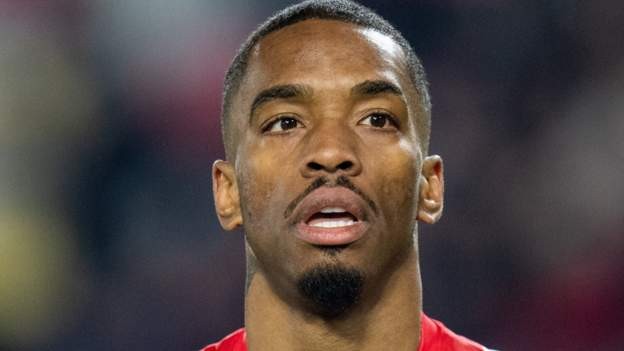 Brentford are investigating after a social media video appeared to show striker Ivan Toney using an expletive in reference to the club.

Toney, who is thought to be on holiday in Dubai, can be seen saying the f-word then "Brentford" in the clip, repeating the two-word phrase used by the woman who was filming.

The 25-year-old has scored six goals for the Bees in their Premier League campaign so far.

"Brentford FC are aware of the video and are investigating," said a club spokesperson.

The London side have suffered six defeats in their last seven top-flight matches after a fine start to their maiden Premier League campaign.

They are in 14th place, eight points above the relegation zone, but have played more games than the teams below them.

Toney was influential in helping Brentford achieve promotion into the Premier League last season, scoring 33 goals as the club ended a 74-year exile from the top flight.