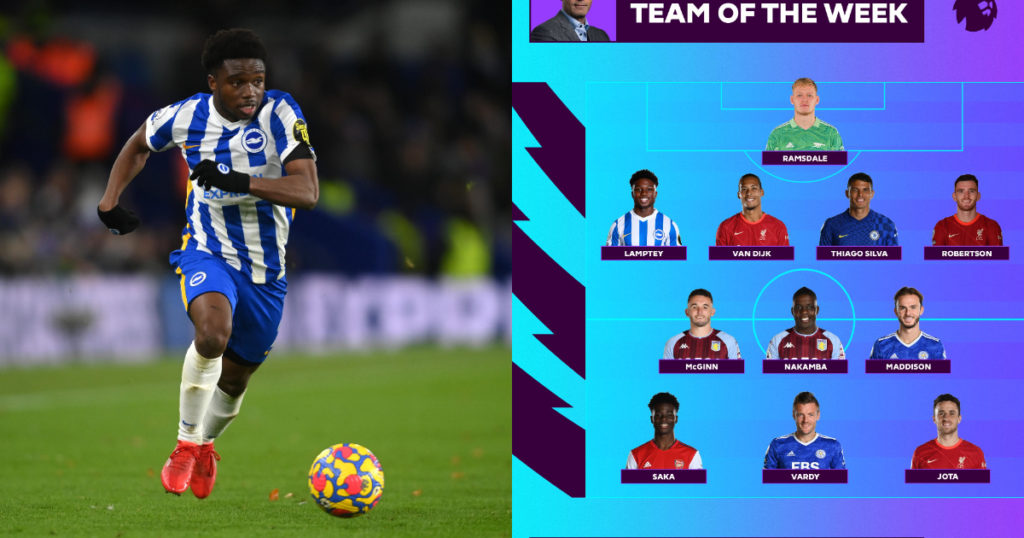 English-born Ghanaian right-back, Tariq Lamptey has been named in the English Premier League Team of Week 13 following his outstanding performance for Brighton against Leeds.

The 21-year-old produced a man of the match performance against Leeds despite the goalless stalemate.

He created five chances, the first Brighton player to do so in a single game.

He is joined by Liverpool's Virgil Van Dijk and Andy Robertson as well as Chelsea's Thiago Silva in defence.

Lamptey, born in England to Ghanaian parents is eligible to play for the Black Stars despite represent the Three Lions at youth side.