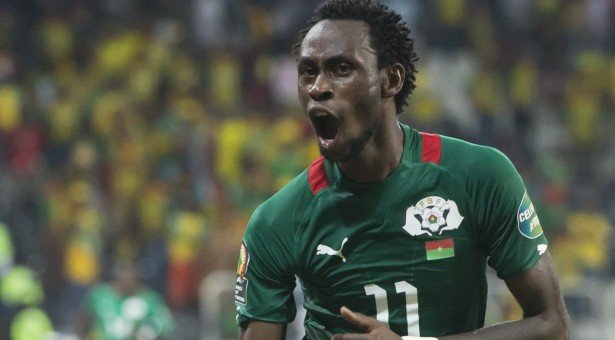 Burkina Faso forward Jonathan Pitroipa has called it quit in his incredible international football career after over a decade with the Stallions.

He also emerged as the Player of the Tournament in the 2013 edition.

The 33-year-old took to his Facebook page to announce his retirement from the Burkina Faso team.

"Of course, the decision was very difficult to make, but it's time for me to write another page of my life," he wrote on Facebook.

"These years spent with the national team have been incredibly emotional and above all an incredible life experience.

"I would first like to thank my teammates, supporters, people involved near and far and without forgetting my loved ones, my family who made this adventure so special.

"I am proud to have put on the jersey and have contributed to writing the most beautiful pages in the history of Burkina Faso football."

Pitroipa made 76 appearances for the Stallions, scoring 17 goals and registering 11 assists.

He is currently plying his trade at French Ligue 2 side Paris FC.