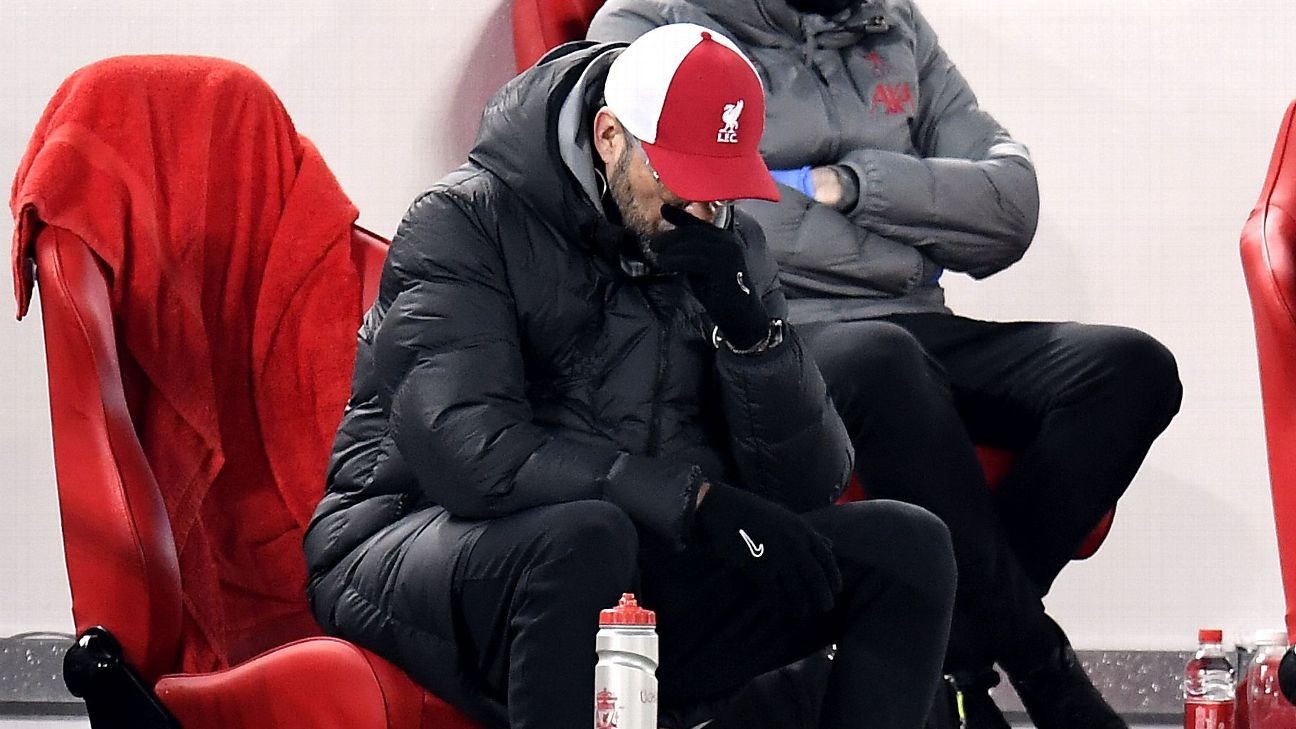 Liverpool boss Jurgen Klopp called his side's Premier League loss to Burnley on Thursday a "massive punch in the face" and downplayed the Reds' chances of staying in the title race.

Burnley stunned Liverpool 1-0 at Anfield, ending their 68-match home Premier League unbeaten streak in the process. The defeat dropped Liverpool six points behind Manchester United atop the table but more worryingly marked the fourth straight match in which the defending champs failed to score.

Klopp didn't mince words after the game, telling Match of the Day the defeat -- courtesy of an Ashley Barnes penalty in the 83rd minute -- was a particularly difficult one to stomach.

"Everything, all the English words, massive, massive punch in the face or whatever," Klopp said of the loss. "It's my responsibility, that's the easy explanation. We had the ball a lot, created some and didn't finish the situations off. That keeps the game open and then they get the penalty -- Alisson told me he didn't touch him, but I didn't see it back.

"It's wrong decisions in the moment, three crosses in the box, we tried to find a player, didn't, it's my job to make sure the boys are in the right position, that they feel right.

"It's a tough one, not easy to explain, These boys are not the kind of person after a 7-0 to think we'll go like this, they worked tonight hard and it didn't happen, if something doesn't work you have to try harder, more often, longer. It was not easy to lose that game and we did it."

play0:43Would you rather have: Paul Pogba or Georginio Wijnaldum?

ESPN FC's Mark Ogden is given the choice in choosing between Paul Pogba and Georginio Wijnaldum.

Klopp added that the Reds had no one to fault but themselves, and said any solutions will come from within the team.

"It's not about blaming, we have to sort it together and we will. In football you don't have a lot of time. We tried a lot, in some moments the right things and some not. That's the problem You have to break the wall down by trying, in the right mood. We had chances.

"We can't imagine the title race at the moment."

Liverpool are next in action on Sunday when they visit Manchester United for an FA Cup fourth-round match. They will then play Tottenham in the league four days later in London.