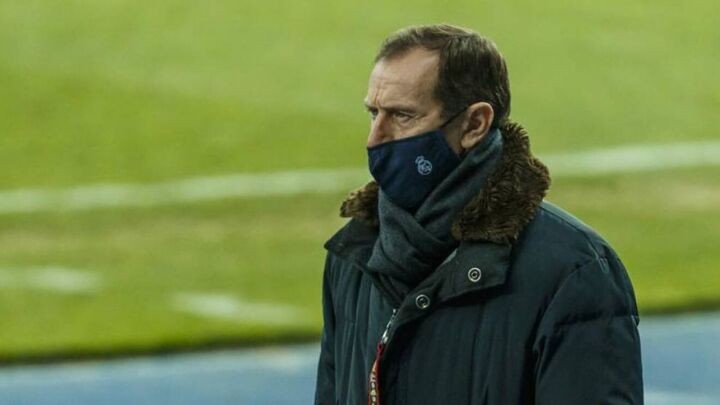 Emilio Butragueno, Real Madrid's director of institutional relations, has questioned the integrity of referee Juan Martinez Munuera after he awarded Sevilla a penalty in a 2-2 draw at the Estadio Alfredo Di Stefano.

After Real Madrid were initially awarded a penalty themselves, Eder Militao was then penalised for handball after a VAR review.

"We're not having any luck with these types of incidents," Butragueno said afterwards.

"We've been in similar situations and, unfortunately, the decision went against us again today.

"It's an absolutely decisive decision because of when it came and what it meant - a penalty for Sevilla and no penalty for Real Madrid.

"That decision is very influential and, in that sense, it leaves us with doubts.

"There have been very similar incidents where decisions that theoretically should've gone in our favour were different.

"It makes us feel a bit uneasy.

"But [the referee] went to VAR and he made that decision.

"It's not going to fall to a Sevilla player who's going to shoot. The ball falls to Miguel [Gutierrez], who goes to clear it. It's not a goalscoring opportunity.

"It's a very important decision, which has an influence that could be decisive in LaLiga."