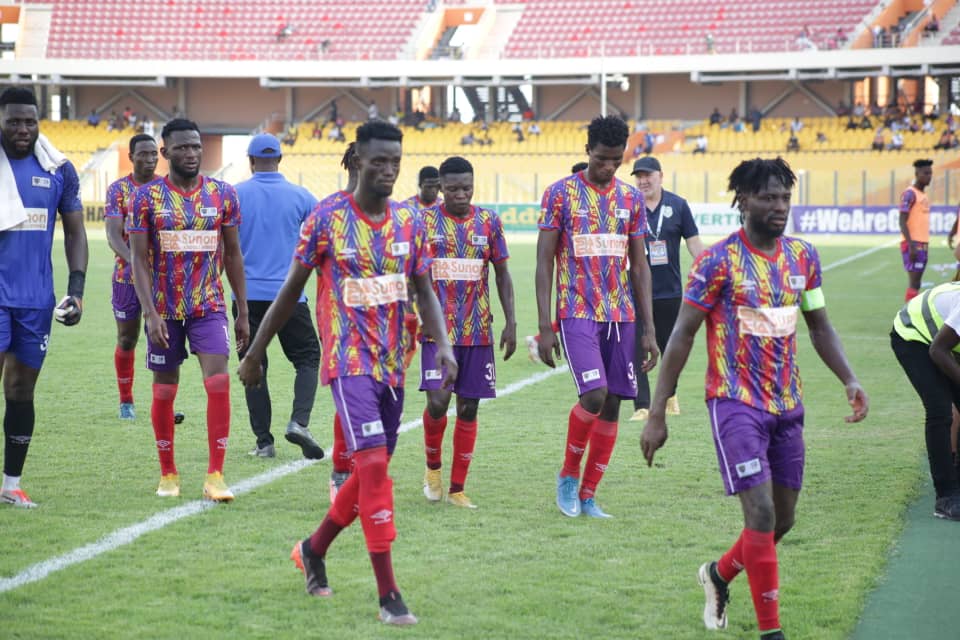 The Phobians will play as guests to the Algerian side at the 20 August 1955 Stadium in Béchar in the 2nd leg of the play-offs of the competition.

Hearts won the 1st leg by 2-0 at the Accra Sports Stadium last week with goals coming from Salifu Ibrahim and Isaac Agyenim Boateng.

Boadu has named Richard Baidoo in the goalposts ahead of first choice goalkeeper Richard Attah.

Congo international Raddy Ovouka Hokemba has also been given a starting role after fully recovering from an injury he was carrying.

Salifu who netted the opening last week will start from bench as Agyenim Boateng earns a starting place to face Saoura.