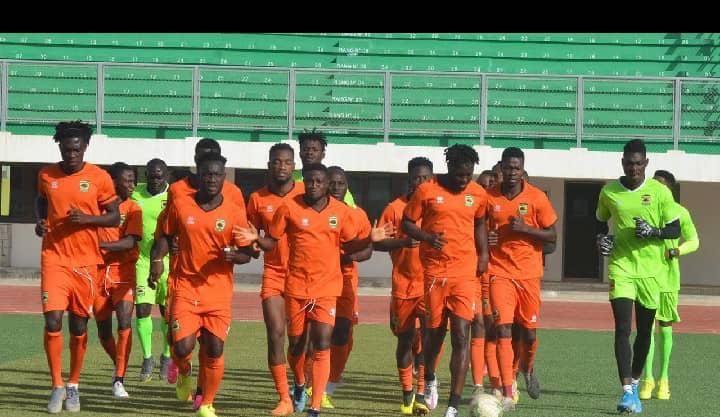 Ghana’s representative in Africa club competition, Asante Kotoko and AshantiGold SC will begin their campaign this weekend as they participate in the preliminary round of the competition.

The match is scheduled to take place at the Stade Municipal in Nouadhibou on Sunday 29 November 2020.

Felix Annan will miss the game due to injury whilst Habib Mohammed has been suspended for the clash. Augustine Okrah, Razak Abalora and Mudasiru Salifu are all out of the first leg encounter.

The Porcupine Warriors will be hoping to secure a good result in the first leg ahead of the reverse fixture in a week’s time at the Accra Sports Stadium.

“We are going to put everything into this competition and make sure that we go as far in this competition. We don’t want to be just participants but make an impact on the team. Our target is to make Asanteman and Ghana proud”, Head coach Maxwell Konadu told the media ahead of the game.

AshantiGold SC will host Burkinabe side FC Salitas at the Len Clay Sports Stadium in the first leg of the CAF Confederation Cup preliminary round.

AshGold held Hearts of Oak to a 2-2 draw in their matchday two fixture at the Accra Sports Stadium on Tuesday. A result which will boost their confidence ahead of this game on Sunday.

The miners have to secure a comfortable result at home to make the second leg a mere formality to enhance their chances of progressing to the next round.