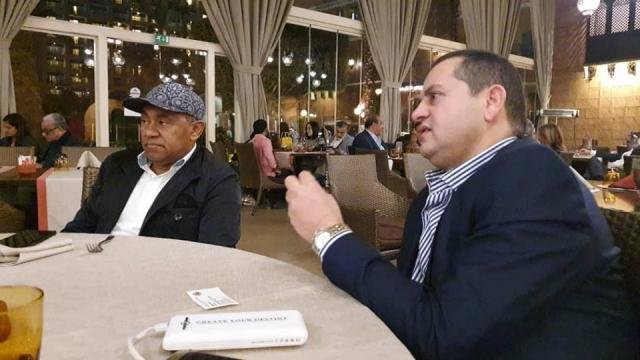 Libyan Foreign Minister Abdelhadi Al-Huwaij has started a discussion with the President of the Confederation of African Football (CAF), Ahmad Ahmad, over the possibility of lifting the ban on the stadiums in the country to enable them host matches.

Mr Al-Huwaij is seeking a fresh look into CAF's decision  to ban Libyan stadiums due to the security and safety issues in the country which makes it difficult to stage matches.

The Libyan governing is seeking that CAF should re-examine the issue that has stalled football in the country in the wake of the civil war in the North African country.

The fresh engagement with CAF came during a recent meeting, which they also discussed a number of topics and other hindrances to the work of the Libyan Football Federation and their support.

Al-Huwaij gave a comprehensive presentation on security, stability and the natural state of life in Libya.

Despite this meeting, Mr Ahmad will seek an official reaction from within the CAF structures and also the Executive Committee before a decision can be taken on the next move.

The Foreign Minister stressed through the official page of the ministry on the support of the Libyan interim government for the national teams and clubs to play in Libyan stadiums.

Libya have been banned from hosting international football matches since 2004 when the Second Libyan Civil War broke out.