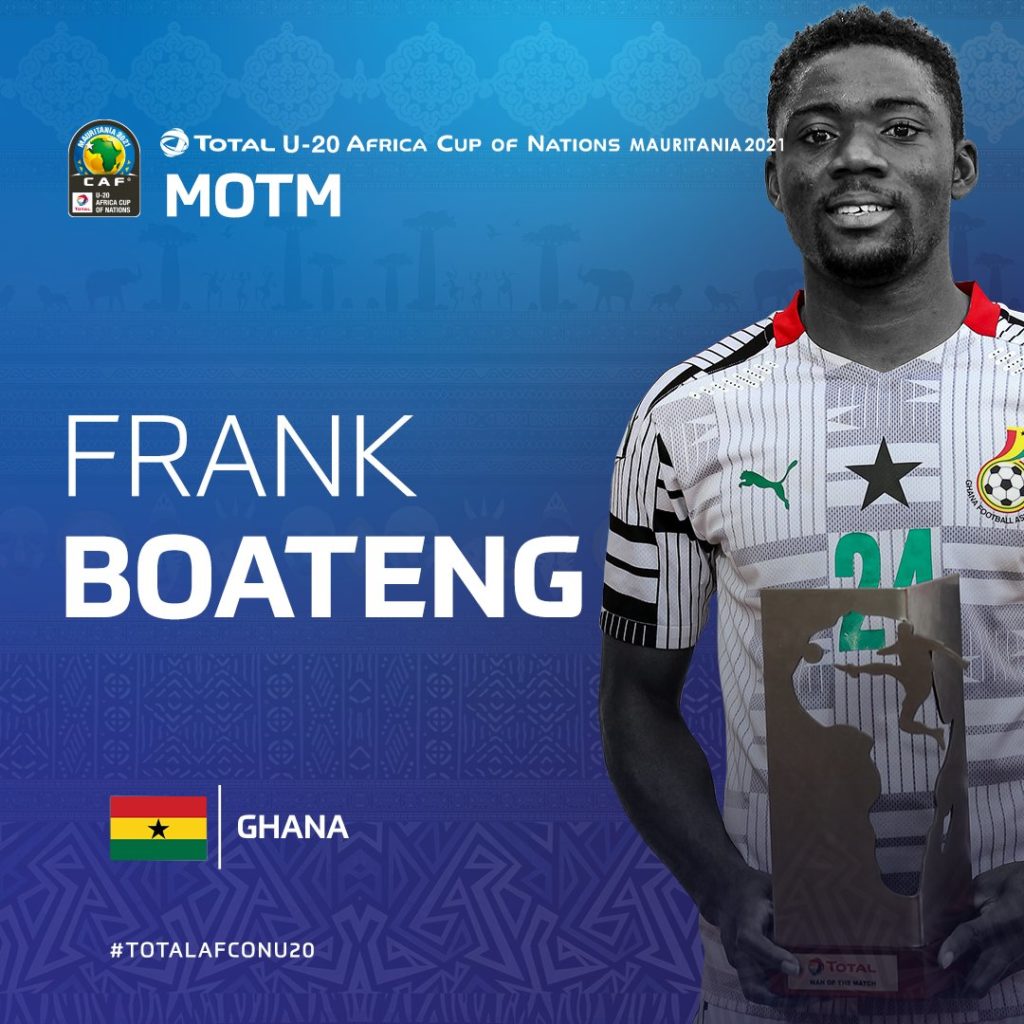 Boateng got the equalizer for the Black Satellites after Kevin-Prince Miller had put the Cameroonians in the lead in extra time first half.

After 120 minutes of action, the game was decided through the penalty shootout.

Ghana emerged victorious with a 4-2 win to progress to the last four as Cameroon exited the competition.

Speaking to the media after the game, Boateng stated Ghana are favourites to win the competition following this win against the Young Lions.

"I am very delighted to have scored to help the team qualify for the semi-finals. The coach gave me that confidence when he brought me into the game, reason why I scored".

Frank Boateng who came on as a substitute in the second half was adjudged Man of the Match after the game.