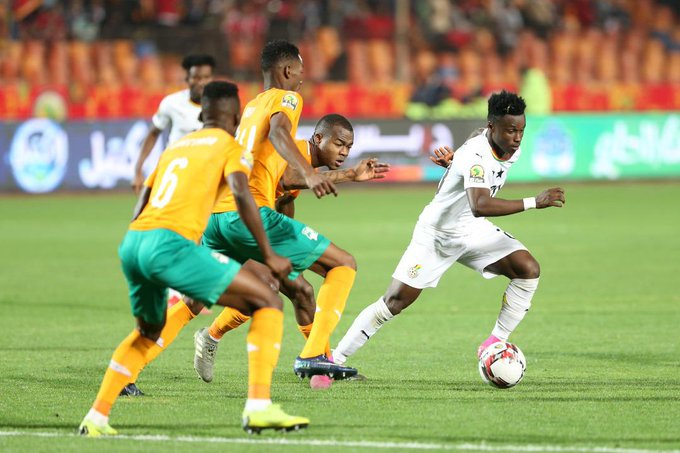 Black Meteors winger Evans Mensah says the 'dream is still alive' as Ghana chases the final ticket to the Olympic Games next year.

The U-23 team needs to beat South Africa in the third and fourth match play off to grab the final slot for Africa in Tokyo 2020.

Following the team's defeat to Ivory Coast in the semi finals on Tuesday, the players have all switched their attention to the game on Friday, with Mensah confident of victory.

"Never give up at all in life, Tokyo 2020 Olympic Games Qualification dream still on course," he posted on Twitter.

Mensah has been one of the outstanding performers for the team, after winning the Man of the Match in Ghana's first game at the tournament.

He scored in the penalty defeat to Ivory Coast after netting late in the game to keep the scores level.

The Black Meteors have not qualified for the Olympic games since Athens 2004.

Never give up at all in life, Tokyo 2020 Olympic Games Qualification dream still on course. pic.twitter.com/9AkrsoWNgU