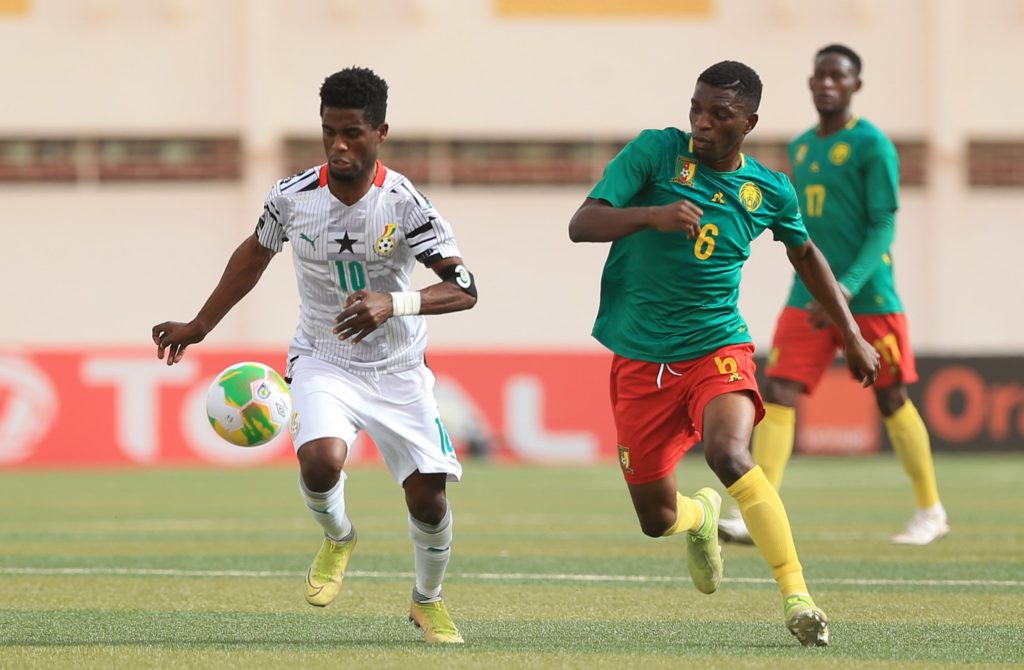 The Black Satellites of Ghana are through to the semifinals of the Africa U-20 Cup of Nations after a penalty shoutout victory over Cameroon.

After 120 minutes of football, the game ended 1-1 with extra time goals from Kevin Prince Milla and Frank Boateng for Cameroon and Ghana respectively.

The three times champions were faultless in the shootout scoring four with Cameroon missing two.

The first half failed to produced any clear cut chance and coach Karim Zito was forced to make an early substitution in the second half. Mathew Anim Cudjoe was replaced by Frank Boateng.

Ghana came close from a long range freekick taken by Precious Boah which had the Cameroon goalkeeper making his first save of the game.

The Black Satellites stopped a Cameroon attack with a dangerous counterattack but Precious Boah was flagged offside.

Both sides became cautious as the clock tick, forcing the game into extra time.

But the lead lasted few minutes after second half substitute Frank Boateng pulled parity for Ghana before extra time first half.

Ghana came close to snatching the winner after a cross from Uzair Alhassan missed Josepho Barnes by inches. The Schalke O4 man was close again with a cheeky header.

Following 120 minutes of football, the two sides could not be separated and the game having to be decided from spot kicks.

Frank Boateng, Frank Assinki, Precious Boah and Daniel Barnieh all scores from the spot with the Cameroonians miss two.