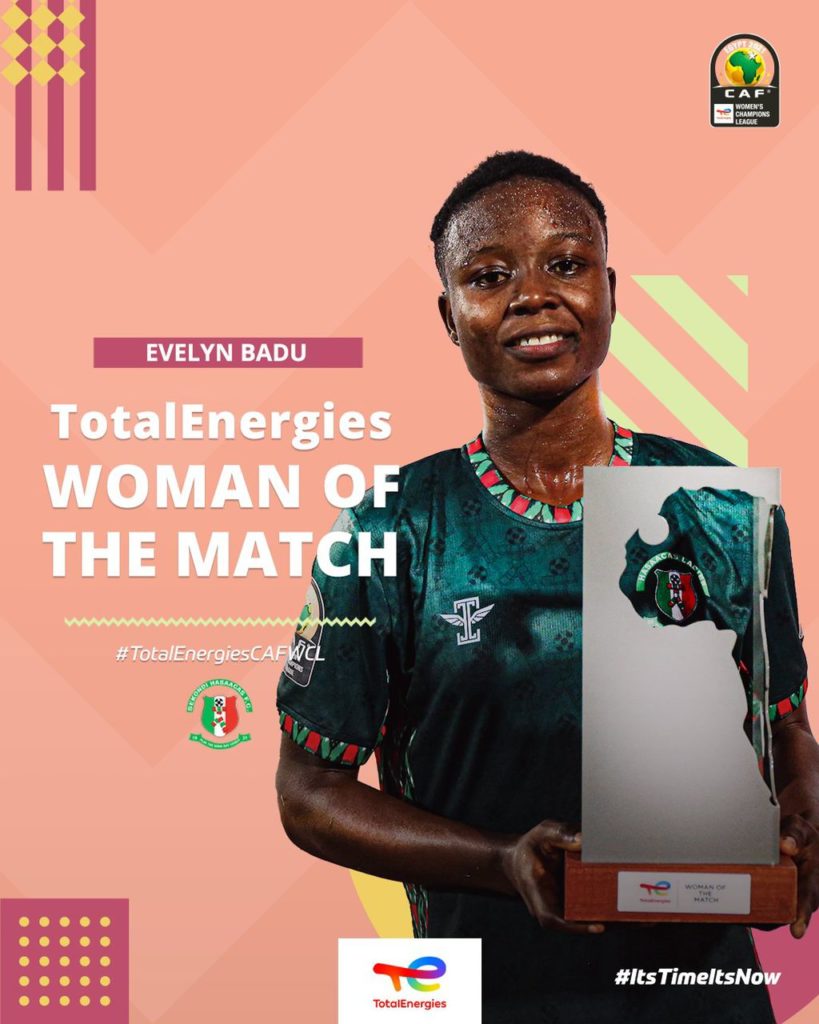 Badu bagged another brace as the Ghanaian champions beat Malian side AS Mande to book their place in the semi-final of the competition.

The winger now leads the scorers chart at the tournament with four goals.

She opened the scoring in the 18th minute when her shot took a deflection into the net.

Defender Pepertual Agyekum doubled their advantage before the break when her free-kick landed at the back of the net.

Badu's brace scored the second goal after 58 minutes- a tap-in from close range after a low cross from the right.