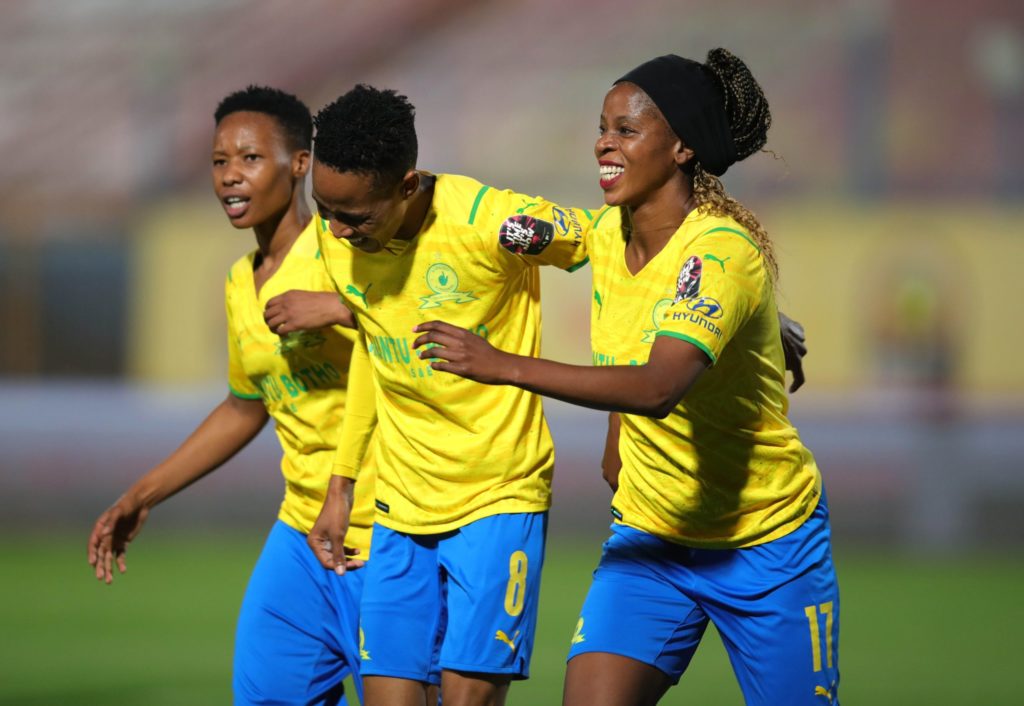 The Southern African champions were 2-0 victors in final at the 30 June Stadium in Cairo in Egypt to a achieve the historic feat.

A goal and an assist from woman of the match in the final Andisiwe Mgcoyi made the difference.

The winning coach Jerry Tsabalala made two alterations to the team that eliminated Malabo Kings with the experienced Mgcoyi coming in for Oratile Mokwena.

Rhoda Mulaudzi also made way for Thalea Smidt in the starting lineup.

Hasaacas forward Doris Boaduwaa with the first real threat of game for the Ghanaians but her effort hit the side netting in the 27th minute.

Sundowns got the opening goal of the encounter five minutes later following an excellent build-up from the midfield.

Mgcoyi set up 30-year-old midfielder Chuene Morifi with a beautiful cross from the right and she calmly tapped in to give the South Africans the lead.

Mgcoyi got her name on the scoresheet with the second goal of the match in the 65th minute after finishing from close range.

The 33-year-old was teed up by midfielder Nonhlanhla Mthandi which left her with only the goalkeeper to beat.

Sundowns goalkeeper Andile Dlamini made a sumptuous save to deny Hasaacas a goal in the 78th minutes following a brilliant free-kick by Perpetual Agyekum.

The South African champions finished the game with 10 women after substitute Regina Keresi Mogolola was sent off in the additional minutes.