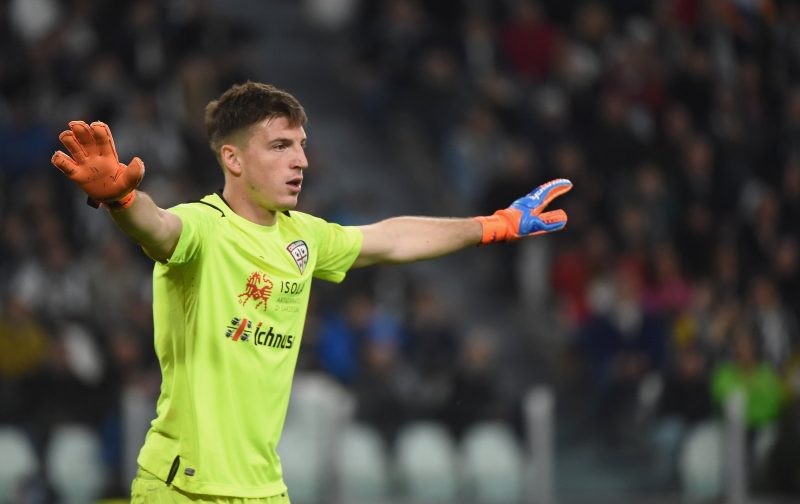 Inter and Roma are reportedly planning to make bids for Cagliari goalkeeper Alessio Cragno after the 2020/21 season has concluded.

The 26-year-old has been in sensational form for the Isolani, and he was rewarded with his first cap for Italy, coming off the bench in their 6-0 victory against Moldova on October 7.

La Gazzetta dello Sport reports that Cagliari value Cragno at more than €30 million and it would require a substantial offer to lure him away from Sardinia but Inter and Roma are assessing his form with keen interest.

The Nerazzurri are potentially looking for a long-term replacement for captain and current goalkeeper Samir Handanovic while the Giallorossi also have struggled to find an adequate replacement for Alisson since the Brazilian joined Liverpool in 2018.

Cragno is contracted to Cagliari until June 2024.