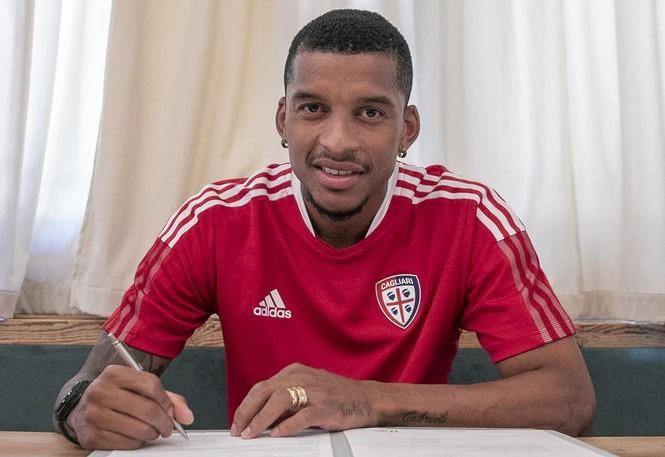 Cagliari Calcio is pleased to announce the signing from Inter of the footballer Dalbert Henrique Chagas Estevao who arrives in the Rossoblu on loan until 30 June 2022 with the option of definitive transfer.

Born in Barra Mansa, a municipality in the state of Rio de Janeiro, on 8 September 1993, he played in the youth teams of Fluminense and Flamengo, two of the most prestigious Brazilian clubs. At the age of twenty he moved to Portugal, to wear the shirt of Academico Viseu: in two seasons 45 appearances and 2 goals.

In 2015-16 he moved to Vitoria Guimaraes, in the Lusitanian top league, where he confirmed his qualities and played 27 games. A season that opened the doors of Ligue 1 to him: in Nice he played 40 games between the Europa League, Ligue1 and the French Cup. His performances then lead him to Italy, to Inter. He made his Serie A debut on 26 August 2017, in the 3-1 victory against Roma: two seasons with the Nerazzurri in which he collected 26 appearances and 1 goal.

In 2019-20 he went on loan to Fiorentina: with the Viola he played 34 games, realizing 9 assists. Last season he played for Rennes: 18 appearances overall, including 4 in the Champions League.

Fast, explosive, skilled: Dalbert is a full-fledged left winger, who can be used both in defense and as a fifth midfielder. Good physicl structure, skilled at attacking, with his left-handed he is able to send inviting crosses for the attackers, also good in the defensive part.

A flexible player, with an excellent technical background, who will put his international experience at the disposal of the Rossoblù.