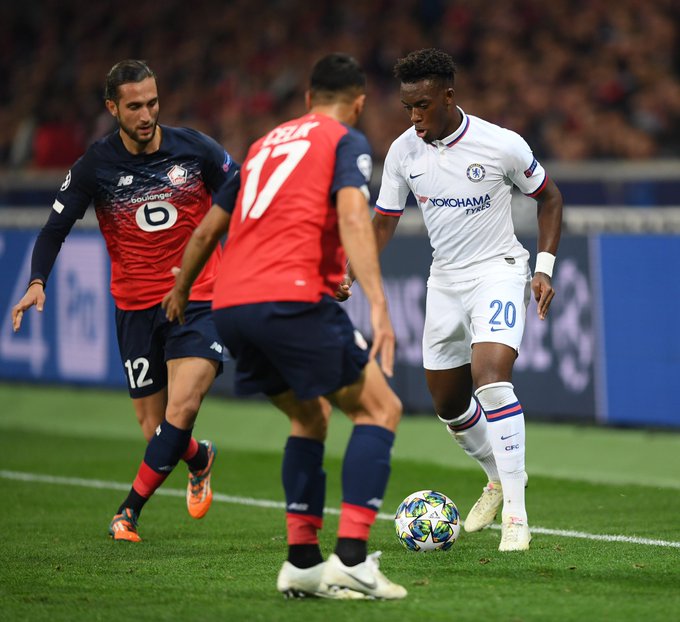 The 18-year old who just returned from injury provided the assist for Willian's winner as the Blues snatch a 2-1 away victory in France.

"Champions league debut, 3 points and another assist," Hudson-Odoi tweeted after the game.

Chelsea forward Tammy Abraham opened the scoring for the Blues after controlling a cross from Fikayo Tomori before striking a ferocious shot into the net.

Nigerian forward Victor Osihem then leveled for Lille 11 minutes after Chelsea's opener. The strong forward rose above the Blues defenders to nod home the equalizer.

Hudson-Odoi was brought on in the second half by manager Frank Lampard and the teenager did not disappoint as he manufactured the winner.

Willian received a cross from Hudson-Odoi and perfectly volleyed into the net to record manager Frank Lampard'd first win in the UEFA Champions League.