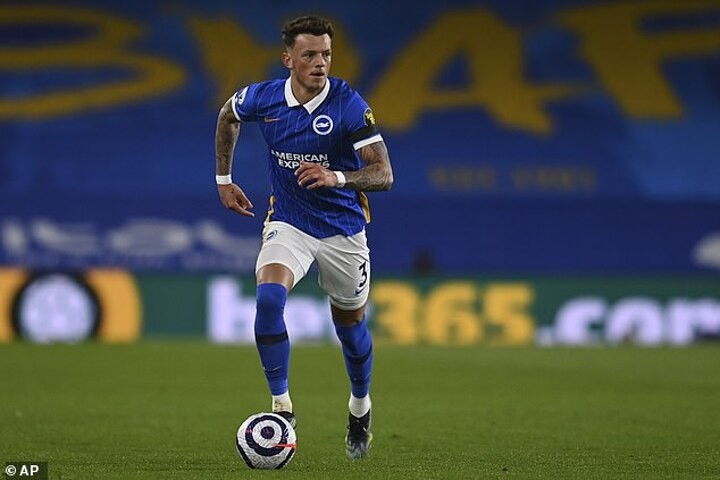 White is due to have a medical at Arsenal on Wednesday after agreeing personal terms but former Gunners' defender Campbell is concerned the club could be paying over the odds for the 23-year-old.

'He needs to have a situation where at £50m he needs to be a master of his position and that's what he has to be,' Campbell told Talksport.

'He needs to work out because Arsenal are not in a position to shift out £50million for a player. He'll definitely have to start if it does happen and the medical is all good and get going.'

White was one of Brighton's most consistent performers last season and made 36 Premier League starts, missing just two games.

He also had an excellent season on loan at Leeds United the previous year, playing every single game as Marcelo Bielsa's side won promotion.

White's progress led to him being included in the England squad for Euro 2020 although he did not play a single minute in Gareth Southgate's side's run to the final.

But Campbell, who made one of the most controversial switches in Premier League history when he joined Arsenal from Tottenham on a free transfer after running down his contract, is worried White could still be a work in progress.

'I don't think you can know too much about someone. In the sense that age wise, you know.

'It's a difficult one, it's a lot of money but in the years ahead, they see a future. They see someone who can come in and play midfielder, full-back.'