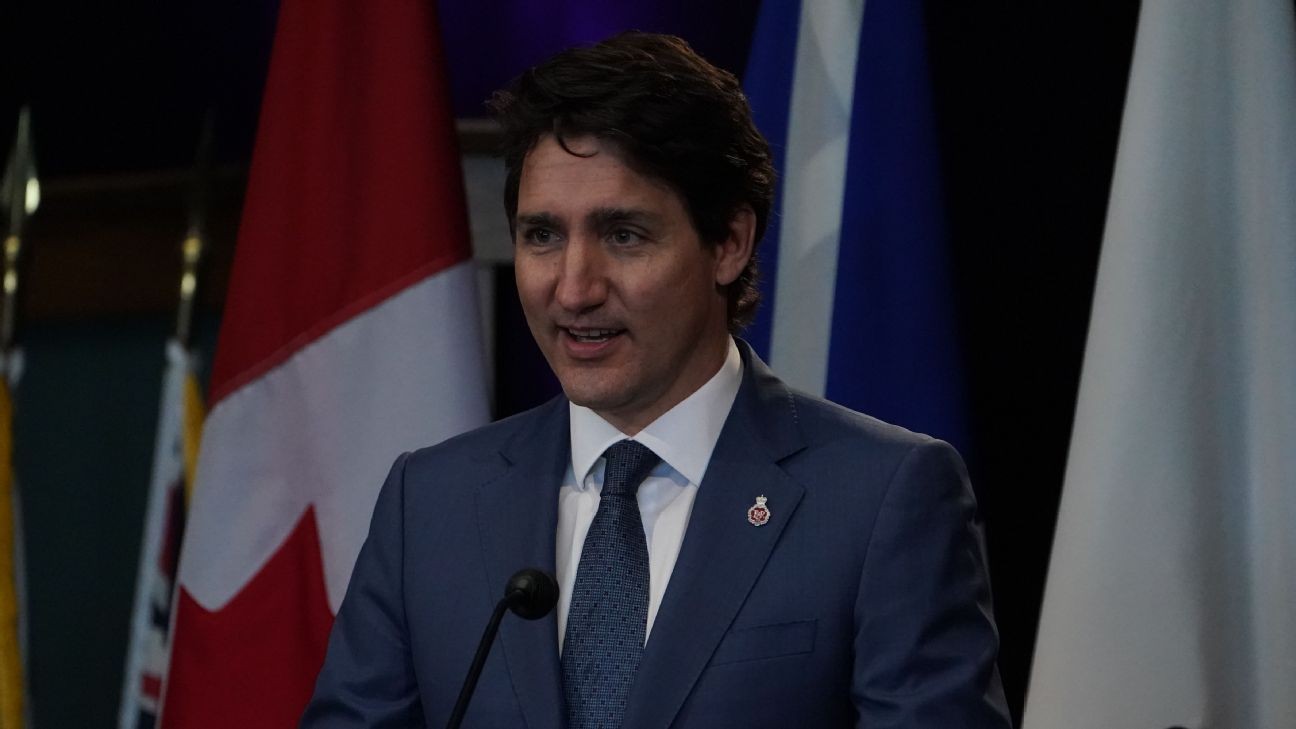 Preparing for its first World Cup since 1986, Canada hosts Iran on June 5 at B.C. Place Stadium in Vancouver, British Columbia.

"This was a choice by Soccer Canada," Trudeau said Tuesday. "I think it wasn't a very good idea to invite the Iranian soccer team here to Canada. But that's something that the organizers are going to have to explain."

Ukraine International Airlines Flight 752 was shot down on Jan. 8, 2020, minutes after taking off from Tehran by an Iranian surface-to-air missile. The Canadian government says 55 Canadian citizens and 30 permanent residents were among the 176 people killed.

Canada Soccer did not immediately respond to a request for comment.

The federal government has said Canada's priority "is to seek answers and pursue justice by holding Iran accountable and pursuing reparations, while continuing to provide the families and loved ones of the victims with the support they need."

Canada also plays Curacao in Vancouver on June 9 and is away to Honduras on June 13, both in the CONCACAF Nations League. Canada, ranked No. 38 in the world by FIFIA, opens World Cup play in Group F in Qatar against second-ranked Belgium on Nov. 23, plays No. 16 Croatia four days later and No. 24 Morocco on Dec. 1.

No. 21-ranked Iran starts Group B against fifth-ranked England on Nov. 21, meets Wales, Scotland or Ukraine four days later and closes the first round against the 15th-ranked United States on Nov. 29.