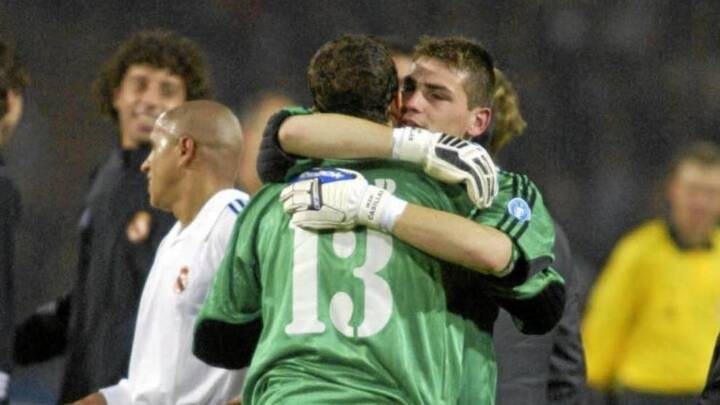 A documentary focusing on the career of Iker Casillas has looked back at the Champions League final in 2002, where Cesar Sanchez started ahead of the future Spain captain.

This wasn't the best season for Casillas as he saw himself consigned to the bench after Vicente del Bosque opted for Cesar from February onwards.

In this latest episode of Movistar's 'Colgar las alas' series, Casillas talked about losing his place in the first team.

"Being on the bench at that time, I didn't think I'd done anything really bad to be left out of the team, but it makes you mature" said Casillas, who decided to distance himself from goalkeeping coach Manolo Amieiro.

"You're at that stupid age in your 20s when you don't understand that people are coming to you to help you".

Cesar ended up going off injured in the final and was replaced by Casillas, who went on to make several big saves against Bayer Leverkusen, making him the hero of the final alongside Zinedine Zidane.

Neither of them speak of any kind of bad blood between them during the episode and Cesar denied any problems.

"I like to remember the good stuff, not the bad, they were crazy times," Cesar said.

Casillas also spoke about the situation.

"I never went out to screw him over," he said. "When you're 20 you don't have any badness in you. We didn't have an open and fluid relationship and that affected us".