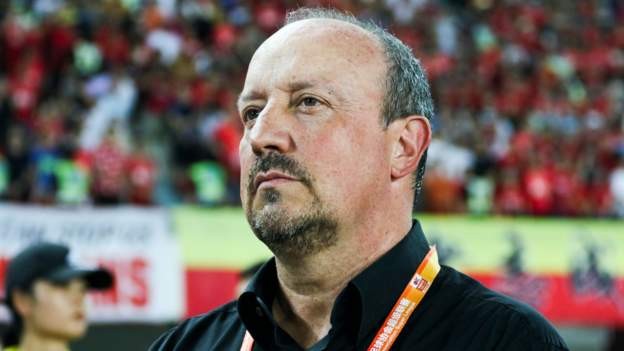 Benitez has left his role as boss of Chinese side Dalian Professional.

Balague says reigning Scottish champions Celtic were interested in the Spaniard replacing Neil Lennon, but Benitez is going to "rest for a bit".

However, he added that there is "a bit of unfinished business" at Newcastle.

Benitez managed the Magpies from 2016 to 2019, later saying "those at the top of the club did not share the same vision".

Premier League club Newcastle, owned by Mike Ashley, were the subject of a takeover bid last year, but a Saudi Arabian-backed consortium pulled out of a £300m deal in June.

"Newcastle is not an option for Rafa Benitez under this owner," said Balague. "Change the owner and then maybe.

"Rafa has a huge respect for the fans, the club, the town. And I feel there is a bit of an unfinished business there."

Agents have already been in touch with the Spaniard and he has received offers from Germany and from a national side. However, Balague says Benitez is "waiting to see what happens" in England, where he lives with his family on Merseyside.

He will not go to Chelsea - who he managed on an interim basis from November 2012 to May 2013, winning the Europa League - if they decide to sack under-pressure boss Frank Lampard. The Blues are "great admirers" of former Paris St-Germain manager Thomas Tuchel, says Balague.

Benitez's link with Celtic comes with the club on their worst run since 2000, having gone four Scottish Premiership games without a win.

They are 23 points behind Old Firm rivals Rangers with two games in hand, with Lennon admitting he has been concerned about his position "for a long time".

All the goals, highlights and drama from Saturday's fourth-round ties are streaming now on BBC iPlayer