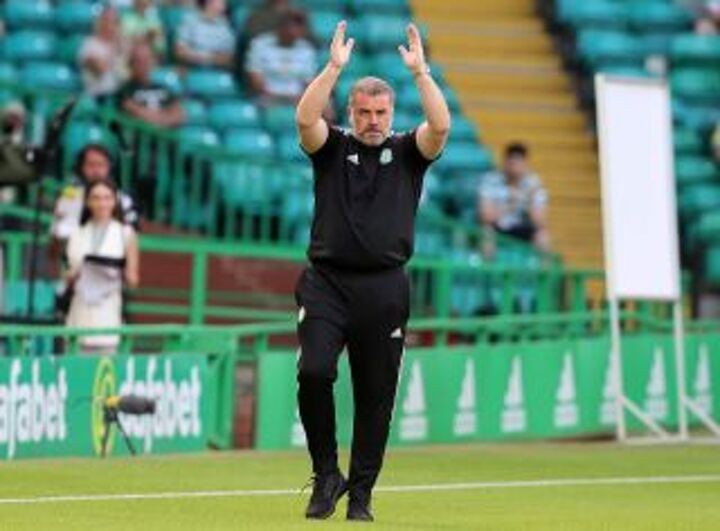 Celtic boss Ange Postecoglou is sure they will be stronger and better equipped for their next European test after crashing out of the Champions League.

The Hoops dropped into the Europa League qualifiers after a 2-1 extra-time defeat by Midtjylland in Denmark saw them fall at the first hurdle in Europe’s elite competition.

Postecoglou’s side will now take on Jablonec in the Czech Republic next Thursday night.

The Australian admitted after last week’s 1-1 first-leg draw that he would never go into such a big game so badly prepared again.

But Nir Bitton dropped out through suspension for the trip to Denmark and Leigh Griffiths missed out with injury.

Celtic lined up with a back four with an average age of 21 and the only substitute Postecoglou used in 90 minutes was James Forrest, who missed their pre-season training camp because of a self-isolation order.

Two of Postecoglou’s summer signings were in quarantine and a jaded-looking Celtic side offered no response after the Danes went ahead four minutes into extra-time.

Although he stressed the urgent need for further reinforcements, Postecoglou believes extra help is already on its way ahead of next Thursday’s trip and even Saturday’s cinch Premiership opener against Hearts.

“We are going to get some reinforcements,” he said. “Carl Starfelt is going to come in, Nir Bitton will be available, Kyogo Furuhashi will come in. Already we will be stronger in terms of depth and quality.

“Guys like James Forrest, that was his first full run and he will be better for it.

“More importantly, I want to make sure we start the league well on Saturday and that’s our focus right now.”