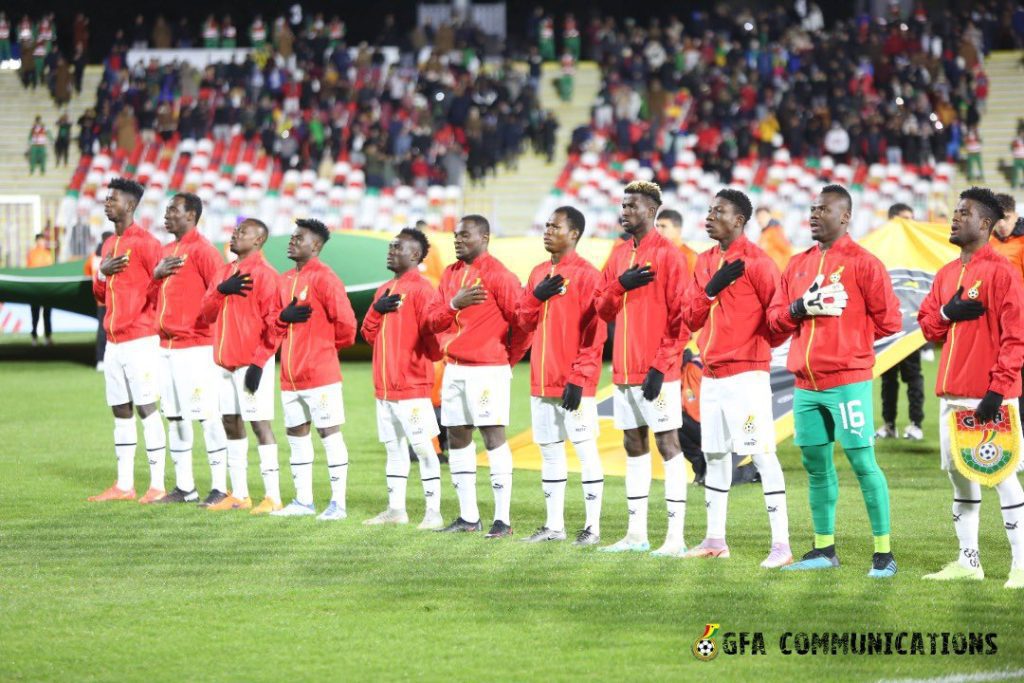 Players of the Black Galaxies team will each receive $4,500 as qualification bonus at the on-going Africa Nations Championship (CHAN) in Algeria, according to a report by Happy FM.

The local players qualified for the next round of the competition after finishing second in Group C, six points behind group winners Madagascar.

The report indicates  that instead of a winning bonus, the team will receive a $4,500 qualification bonus.

According to the source, the monies owed during the qualifiers have been paid.

Ghana defeated Nigeria in the play-offs to make a first-time return to the tournament after missing the last three editions.

The Ghana Football Association made a proposal of $2,000 to be paid as a qualification bonus, but negotiations with the Sports Ministry saw it slashed to $1,500 due to the current economic woes.

The players will get $3,000 as a qualification bonus, which has already been paid.

The Black Galaxies are currently waiting for their opponents in the quarterfinals in the Africa Nations Championship (CHAN).

Ghana will likely face Cameroon or Niger in the quarterfinal game to be played on January 27, 2023.