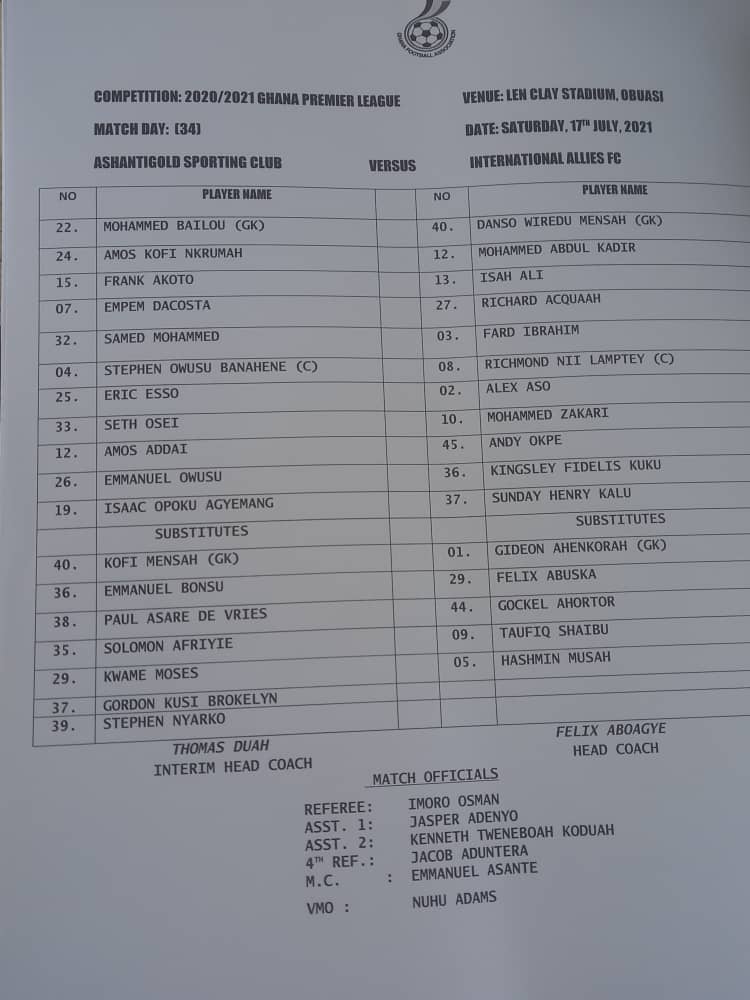 Check out the names of players and officials of Ashanti Gold and Inter Allies who featured in the stupid and silly match-fixing scandal that has rocked the Ghanaian league.

The two teams are in the mud for a suspected match of convenience at the Len Clay Stadium in Obuasi.

Musah, who is an Inter Allies centre-back Hashmin Musah confessed to scoring the two intentional own goals during the clash against Ashanti Gold.

Musah came off the bench and scored two own goals in the final 12 minutes, leaving Inter Allies 7-0 down.

The defender couldn’t have made his own goals look more deliberate if he’d tried.

The defender claims he netted the two goals on purpose because he believes the score had been agreed in advance for betting purposes.

This was the final game of the season and Musah’s team, Inter Allies, had already been relegated from Ghana’s Premier League.

Trailing 5-0, Musah entered the fray as a second-half substitute before taking matters into his own hands.

He was then subbed off before full-time following his brace of own goals.

Check out the names and players of both clubs