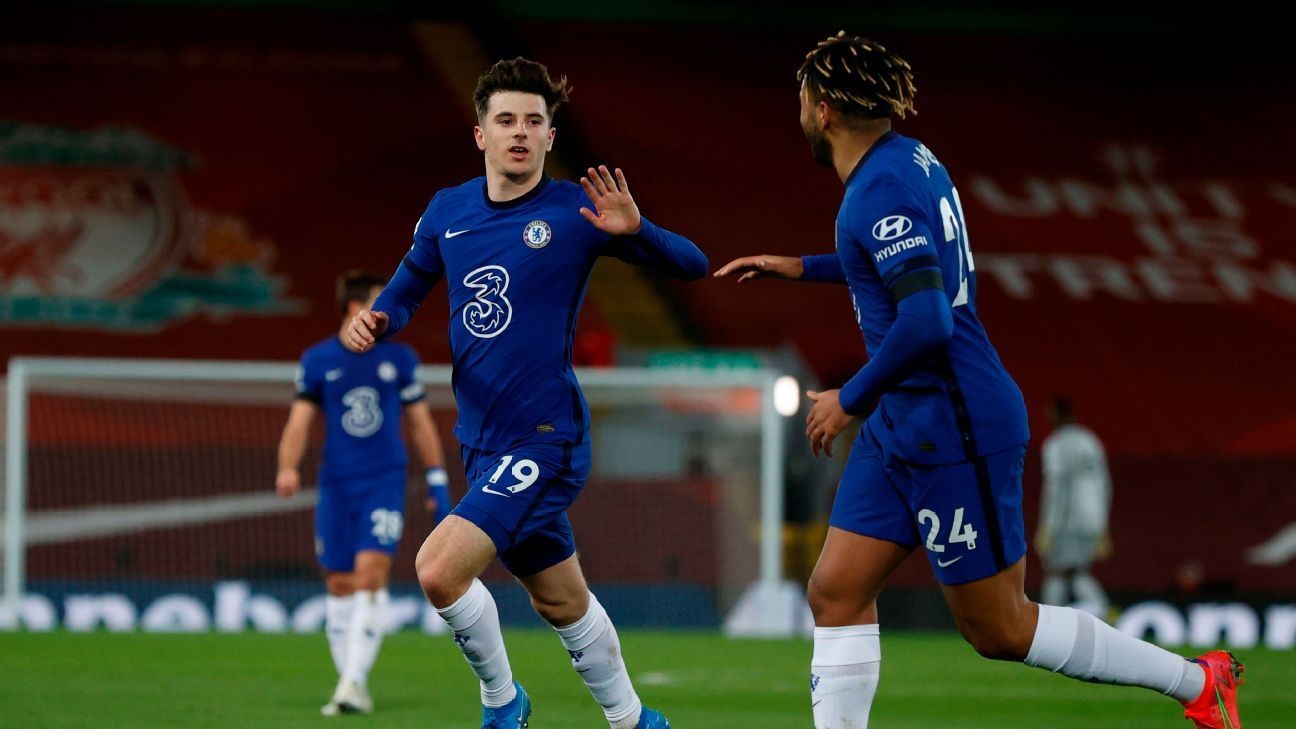 Mason Mount's first-half goal helped Chelsea to victory over Liverpool in the Premier League at Anfield on Thursday night as the Blues moved back into the top four in the standings.

Chelsea, who came into the match unbeaten in nine games since Thomas Tuchel took over, looked to have taken the lead when Timo Werner latched onto a ball over the top of the Liverpool defence and beat an onrushing Alisson. However, the goal was ruled out for a very narrow offside call after video review.

Mount fired the visitors into the lead before half-time with an exquisite strike from the top of the penalty area after N'Golo Kante picked him out with a long ball on a counter-attack.

Liverpool, who substituted a disgruntled Mohamed Salah in the second half, struggled to carve out clear chances as they slipped to a club-record fifth successive home league defeat, having gone unbeaten in their previous 68 games at Anfield.

Alisson made a fine, close-range save to keep Werner from doubling Chelsea's lead in the 76th minute as Liverpool looked to find a way back into the game.

Chelsea dug in and saw out the result despite the ramped-up pressure from the hosts to move back into the top four on 47 points, while Liverpool remain stuck in seventh place with 43 points from 27 matches.