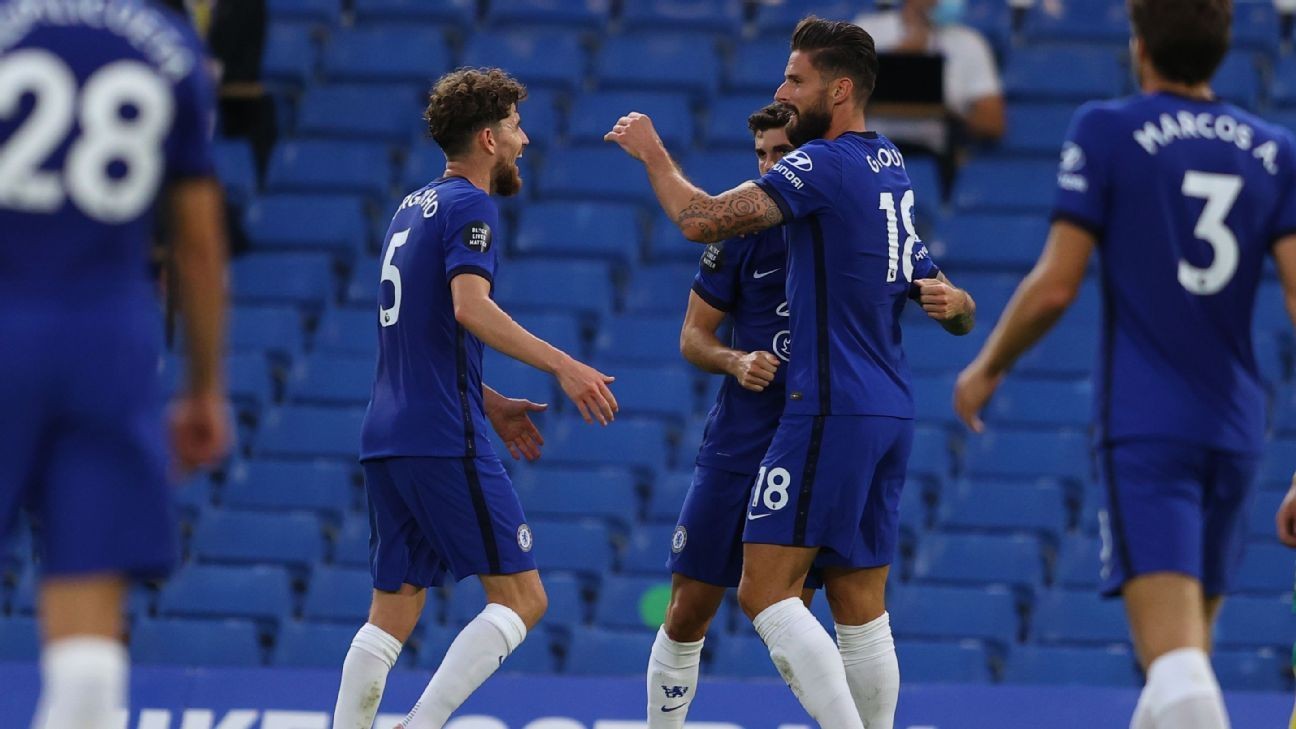 Chelsea bounced back from defeat to Sheffield United with a 1-0 win over relegated Norwich that moves Frank Lampard's side four points clear of Leicester and Manchester United in the battle for Champions League qualification in the Premier League.

The victory gives the Blues 63 points from 36 matches while The Foxes and United are on 59 with a match still in hand.

Chelsea will visit Old Trafford on Sunday for an FA Cup clash against United, before travelling to Liverpool three days later for a critical Premier League clash.

Norwich, who have just 21 points from 36 matches, will host Burnley on Saturday.