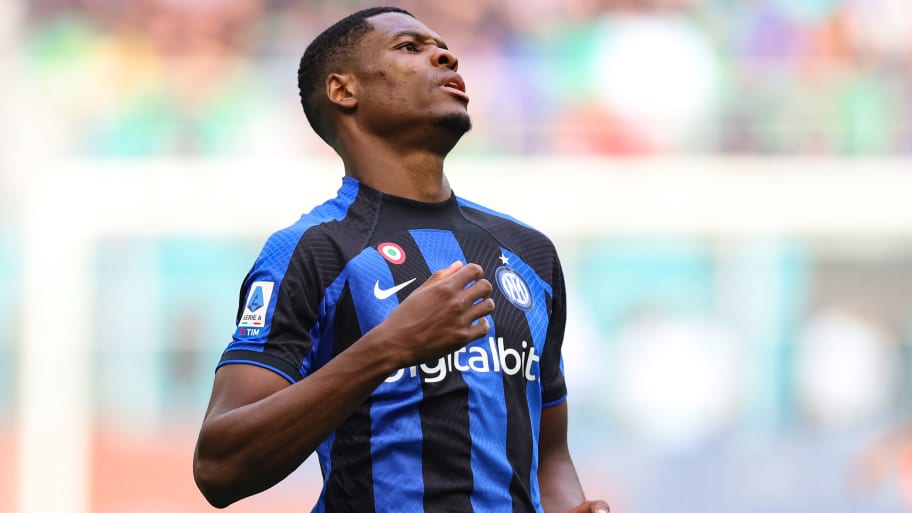 Chelsea are keen to sign a new right-back to improve their depth in the position following the injury to Reece James, 90min understands, with Inter's Denzel Dumfries a key target.

James is Chelsea's undisputed starter and the 22-year-old was recently awarded a massive six-year contract as a sign of the faith in him from new co-owner Todd Boehly, but there are concerns about the depth behind him.

With James facing up to eight weeks on the sidelines, manager Graham Potter has used the likes of Cesar Azpilicueta and Raheem Sterling but has failed to replicate the impact had by James, who was among Chelsea's top performers before going down with a knee injury.

Concerns over the lack of high-level replacement for James were present during the summer, when 90min revealed that talks were held with Inter over Dumfries, and sources have confirmed that the Blues' interest has not faded.

With James facing an extended period on the sidelines, Chelsea have explored a number of different options at right-back and Dumfries' name has come up on multiple occasions, although concerns over his price tag could force the Blues to look elsewhere.

This is not the first time that Chelsea have found themselves short at right-back due to an injury to James. He missed 20 games last season, 11 of which came at once as he suffered a hamstring injury in December 2021.

While faith in James is unwavering, there is a desire to find a high-calibre alternative to the homegrown star and someone like Dumfries, who has seven goals and nine assists in 60 games for Inter, is of interest to Chelsea.