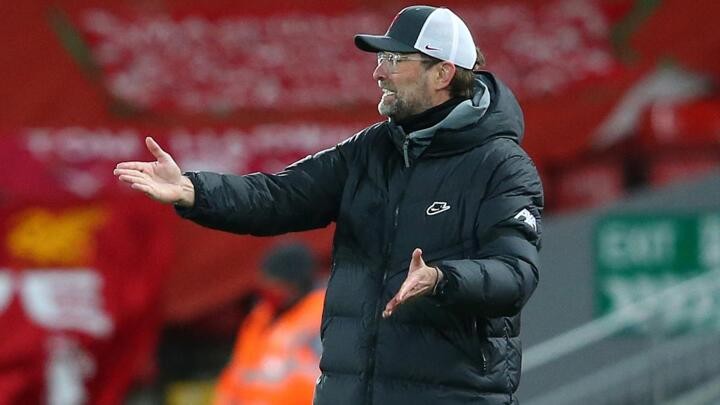 Jurgen Klopp reflected on Liverpool's 1-0 defeat at home to Chelsea on Thursday. "We have to win football games and tonight, it was not enough".

Liverpool manager Jürgen Klopp admitted that Thursday's Premier League defeat to Chelsea is a "massive blow" to the club's hopes of ending in the top four. The Reds' season crashed to a new low after the struggling defending champions were beaten 0-1 at Anfield by resurgent visitors Chelsea.

Having previously gone three-and-a-half years without a Premier League defeat on home soil, Liverpool have now lost their last five home outings – the longest run in the club's history. Liverpool, who are first reigning English top-flight champions to lose five home league games in a row, are languishing in seventh position – four points adrift in the race for Champions League qualification and 22 points behind runaway leaders Manchester City.

"It is a massive blow," Klopp told Sky Sports. "It is not done yet, but we don't have to talk about if you lose that many games, you don't have the right to go to the Champions League. We have to win football games and we know that and we will work on it, but for tonight, it was not enough."

We have to learn from this - Alexander-Arnold

Full-back Trent Alexander-Arnold added: "It's tough to take. These are the games that we need to win, especially with our aims and targets for the season. I'd say pushing for the top four, it's massively important that we won today. But there's nothing we can do about it now, except learn from it and pull out what we could have done better and go again. We're on a quick turnaround to put things right on Sunday."