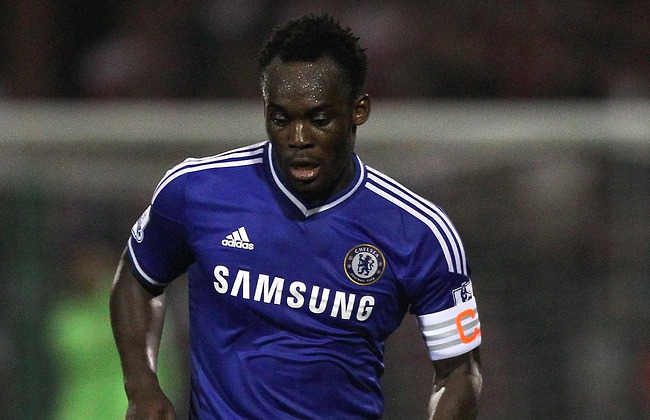 Ex-Chelsea star Michael Essien has made the stunning revelation that he came very close to joining Liverpool in 2002 but opted to remain with his former club Bastia.

Essien had attracted a lot of interest from stellar European sides after establishing himself as a firm staple for the  French Ligue 1 outfit.

The ex-Ghana international's partnership with Nicolas Dieuze and Cyril Jeunechamp helped the Corsica Island-based side finish in the the top 10 of the 2001-02 season and reach the final of the Coupe de France.

Liverpool's French manager at that time, Gerard Houllier, was an admirer.

Essien confirms holding talks with Houllier at Melwood but felt the time was not right for a move.

"I had lot of offers. I was close to signing for Liverpool when Gerard Houllier was their coach,'' the now 37-year-old, who plays for Azerbaijani side Sabail, said on ConvosWithCarol which was monitored by GHANASoccernet.com

''I even went to Melwood to meet the coach. We had a talk and I returned to France but the offers were still coming.

''Olympique Lyon joined the three aforementioned clubs to enquire about me but I thought it was too early to move to England."

He spent two seasons at the Stade Gerland where he scored seven goals in 71 appearances.

He got nominated for the 2005 FIFA World Player of the Year Award where placed 22nd.

"Lyon were my favourite team when I went to France because they were winning everything I told my agent that if Lyon has come into the picture I'd like to join them.

''PSG were then serious about signing me to the extent that they made an offer. I was back home at that time and the call came that PSG had made a bid for me. It was even on the national television that I had signed for PSG which I had not because I was still in Ghana.

''There was a lot of controversy going on between the board and my agent so when I came went back to Bastia, we met with the board members and the president, and I told them I'd prefer to join Lyon though I liked Paris.

''I was really caught between PSG and Lyon but my preference was always Lyon. I had then spoken the president and their coach.

''I gave them my word that when I return from my holiday in Ghana I'll do everything to sign for them but It was not easy."

In the summer of 2005, Essien was signed by Jose Mourinho's Chelsea in a £24.4 million fee which made him the club's most expensive signing of all-time at the time.