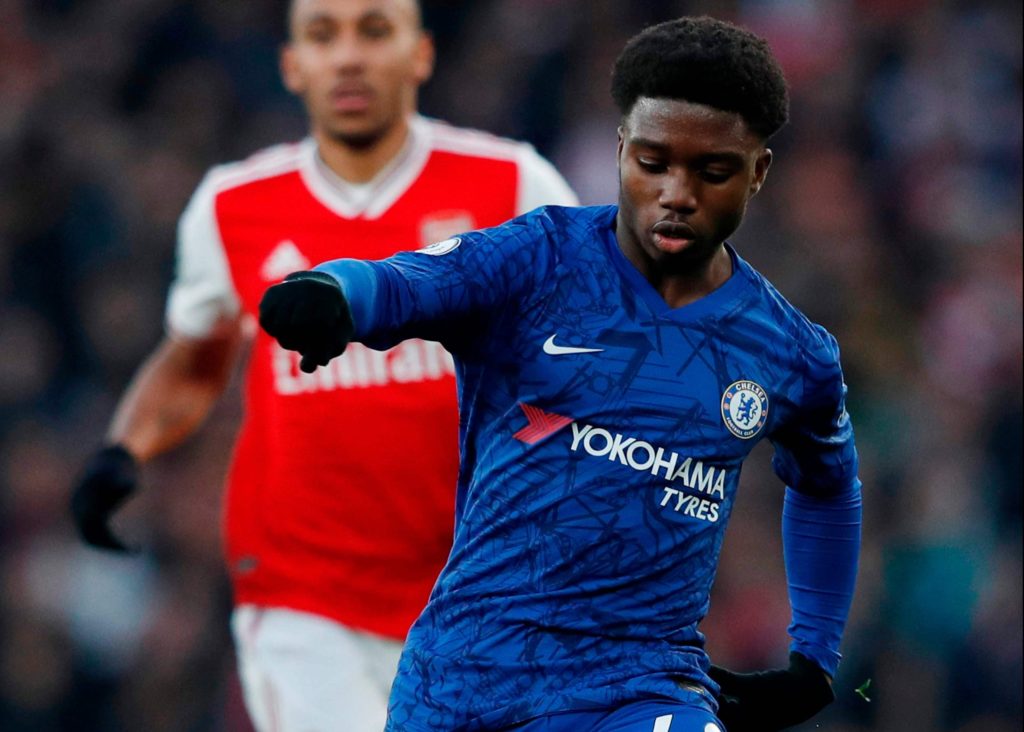 Talented Ghanaian youngster Tariq Lamptey made his debut for English top-flight side Chelsea on Sunday as they defeated Arsenal 2-1 leading manager Frank Lampard to eulogize his performance.

The 19-year-old, who was born in London to Ghanaian parents, marked his Chelsea debut as a second half substitute as they rallied to beat Arsenal 2-1 at the Emirates Stadium.

Lamptey, who recently donated football items to a poor community in Ghana, is eligible to play for the Black Stars as he has not played for the England national team.

With this performance he has immediately drawn the attention of the Ghana coach Kwesi Appiah but for now Lampard has expressed his joy in the world of the budding right-back and hailed the impact he had in the game.

"Tariq Lamptey is a credit to Jody Morris and Joe Edwards because when we sat and analysed the last two days and we knew Cesar Azpilicueta had a small injury and Reece James is injured then we are looking at options for a right-back or right wing-back," said Lampard.

"They said believe in him, trust in him, because they did and I listened to that.

"We felt it was the right time to bring him into the game and he was a catalyst because we were getting down the sides and he gave us a little bit more of an edge. ‘He has pace, a low centre of gravity and can go by people.”