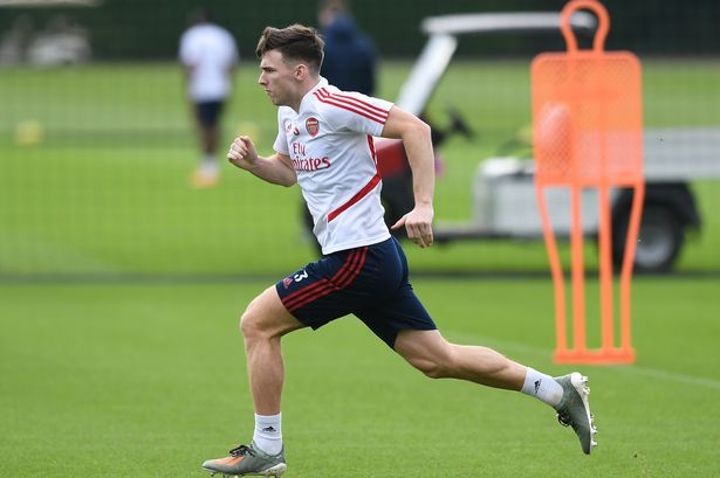 Chelsea look set to target Leicester left-back Ben Chilwell after emerging as favourites to sign Timo Werner - and that could spell bad news for Arsenal.

The west Londoners have money to spend despite the financial impact of the coronavirus pandemic, and are ready to trigger the Germany striker's £50million release clause.

And once Chelsea have sealed a deal for Werner, they are expected to move on to other positions, with Chilwell high on their list of targets as Lampard looks for a new left-back.

England defender Chilwell is believed to be tempted by the prospect of a move to Stamford Bridge - and if he does sign for Chelsea, Arsenal left-back Kieran Tierney could replace him at Leicester.

That's the view of respected journalist Duncan Castles, who reckons Tierney would relish the prospect of being reunited with his Celtic boss Brendan Rodgers at the King Power Stadium.

Tierney struggled with injury after being signed by former Arsenal boss Unai Emery for £24m last summer, with the 23-year-old having played just 11 games in all competitions this season.

And with Bukayo Saka having impressed at left-back for Arsenal, Tierney could continue to find his chances limited under his current manager Mikel Arteta.

"Tierney has struggled through injury, and with the managerial changes at Arsenal as well," said Castles, speaking on The Transfer Window Podcast.

"He's made just 11 appearances for them so far, just five in the Premier League.

"So when you're looking at a player who has struggled in that first season like that, was bought for a substantial fee, he's at a club that has money problems.

"They do need to make changes to their squad and they need to find revenue to do that.

"So in normal circumstances you would say there's no chance of getting a player in from Arsenal who was bought for a substantial fee and was part of the most recent rebuild.

"But perhaps in these circumstances a deal would be viable for Leicester."

Meanwhile, another of Chelsea's left-back targets could put them in direct competition with Arsenal.

If Lampard doesn't land Chilwell he could turn to Ajax defender Nicolas Tagliafico - who has also been linked with the Gunners.