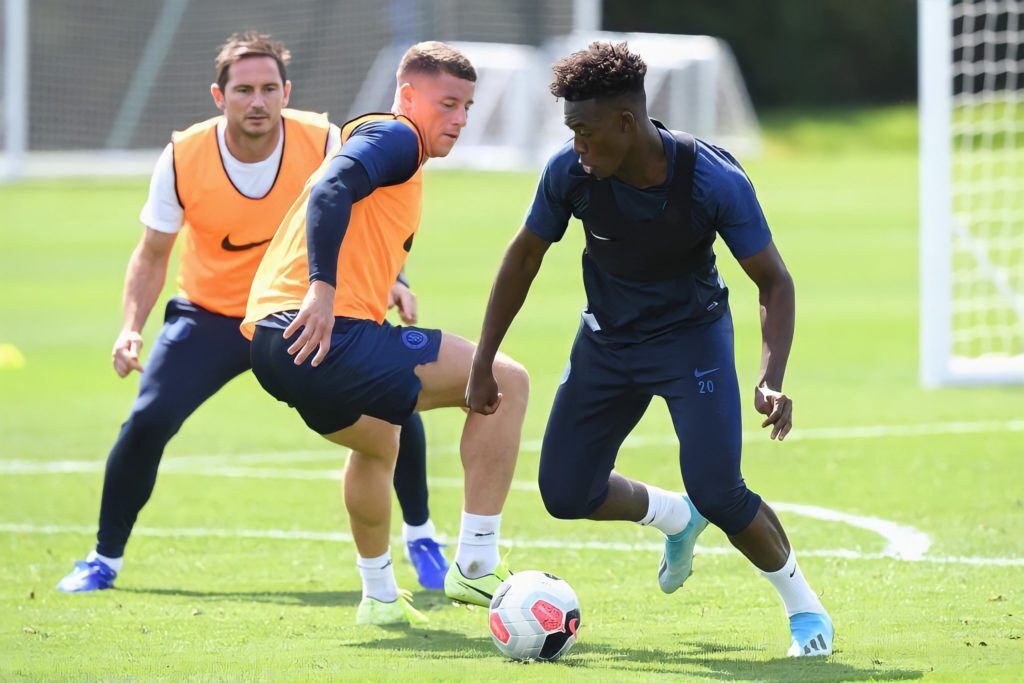 The Foxes are set to make a move for the Ghanaian amid reports he would be leaving Chelsea this summer.

Hudson-Odoi has been troubled by niggling injuries which has limited his play time with the Blues, and it looks like his chances under Thomas Tuchel keeps fading.

Callum Hudson-Odoi likely to leave Chelsea this summer. Nothing concrete yet but he's just not seen as the same player by Thomas Tuchel and his staff. Crucial weeks ahead, not helped by injuries and his weight at this age of preseason.

The 21-year-old might consider leaving as he seeks regular game time.

According to reports, Leicester City will be presenting an official bid in the coming days as the English Premier League makes a return in August.

Meanwhile, Callum Hudson-Odoi, who is set to switch nationalities and play for Ghana has to find a club which will offer him more minutes.

?Leicester City have shown a strong interest in Chelsea’s Callum Hudson Odoi - 21yo has been subject to long standing interest from the Foxes, and they remain interested in a deal. Talks for Ross Barkley to leave Chelsea are also ongoing, with a solution imminent. ?✍️ #LCFC pic.twitter.com/5ItMzsVYm1

Hudson-Odoi has been with Chelsea through the developmental stages and was a member of the England U17 team that won the FIFA U17 World Cup in India in 2017.