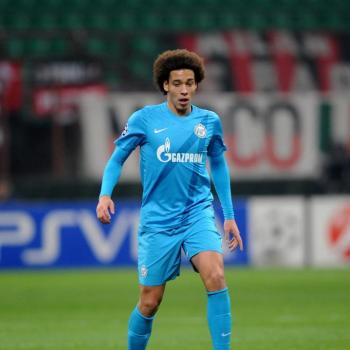 Chelsea target Axel Witsel has provided all of his potential summer suitors with some encouragement by confirming he is looking to move on from his time in Russia and Zenit St Petersburg in the next transfer window.

Witsel has one year remaining on his current deal with the club, but has confirmed in an interview with La Derniere Heure that he would like to leave and that he will consider his future following the European Championships.

'I still have a contract for one more year come June and the club knows how I feel. I would like to play in a bigger league,' said the 27-year-old.

'I cannot say that I will 100 percent leave, but we have not held talks over a new deal and my intention is to leave this summer.'

'I want to focus on finishing the season on a high, then there’s the Euros and then we will see what happens.'