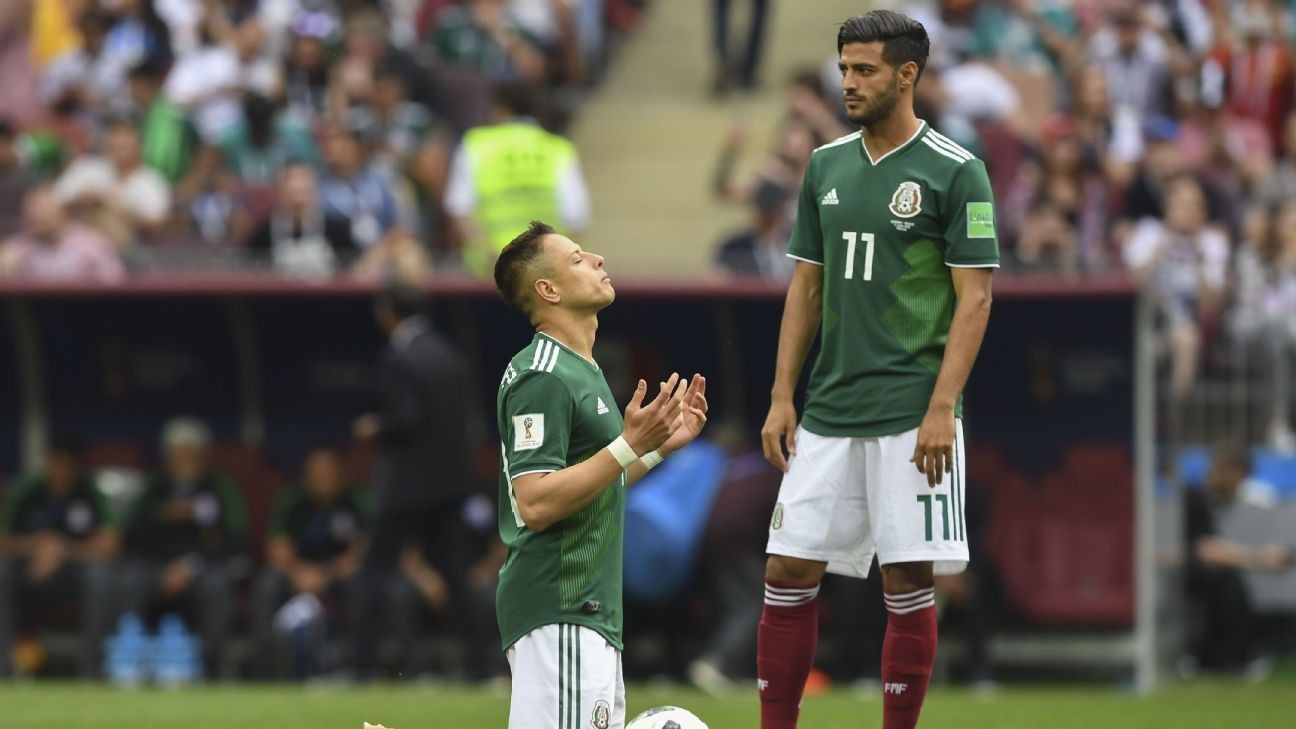 LA Galaxy striker Javier "Chicharito" Hernandez will not be going up against LAFC's Carlos Vela when El Trafico kicks off on Saturday in Florida in the MLS is Back Tournament and while the Guadalajara native says that is a shame, he believes it is an advantage for the Galaxy.

- Stream MLS is Back on ESPN networks, App | FC Daily on ESPN+
- Marshall: Inside the bubble, positive tests raise tension in games
- Schedule, TV info: What you need to know | Group standings

Vela opted to remain in Los Angeles and miss the tournament inside the bubble at ESPN's Wide World of Sports Complex due to his wife's pregnancy, while Hernandez is set to feature in his first El Trafico (10:30 p.m. ET; LIVE on ESPN, Deportes, app) since signing for the Galaxy in January.

"Lamentably, their best player [Vela] isn't going to be there," said Hernandez in an interview with ESPN. "That could be an advantage for us."

Hernandez played alongside Vela in Chivas youth teams, before both went on to successful careers in Europe, and they've remained friends.

"Off the field we have a long friendship since we were 15 years old when we met," said Hernandez. "When we played in the youth sides at Chivas, the World Cups we've played with the national team, when we were in Europe."

"The relationship is great, I like and admire him a lot," continued Hernandez. "It is a shame he is not here, for the league, for his team and for everything that this bubble entails and the intention that everything goes as well as possible."

Saturday's El Trafico will be played without spectators and will be the first without Zlatan Ibrahimovic's presence, after a two-season spell in which he dominated the build-up to the L.A. derby.

"You adapt, obviously in our career we have played preparation and preseason games where there aren't many people," stated Hernandez. "It is different, but when the referee blows the whistle the most important is to be focused.

"It is a game, whether you are here or not you miss playing in front of people," he added. "As a player you have to adapt to the circumstances."

Hernandez congratulated his former team Real Madrid for winning the La Liga title in an interview with ESPN's Ahora o Nunca and said that he would be taking the next penalty for the Galaxy, after he saw one saved in the team's last match against Portland Timbers.

The Galaxy hasn't won a game since Hernandez joined the club, drawing against Houston Dynamo, losing to the Vancouver Whitecaps and falling 2-1 to Portland Timbers last Monday.

The team sits in last place in Group D of the MLS is Back Tournament heading into Saturday's game against LAFC.