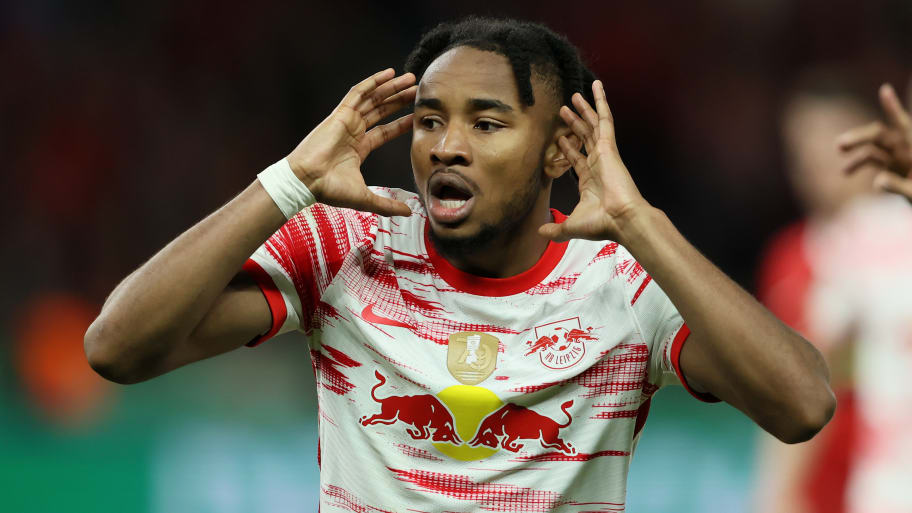 Christopher Nkunku has signed a new contract with RB Leipzig until the summer of 2026, pledging his immediate future to the Bundesliga club following enquiries from Manchester United and Chelsea in recent months.

Although a long-term deal, 90min understands that a release clause inserted into the contract will become active next summer.

Nkunku joined Leipzig from Paris Saint-Germain in 2019 for a reported €13m plus add-ons but went on to have a breakout season in a more advanced role in 2021/22, scoring 35 times in total and recording a further 19 assists in 50 appearances.

PSG were interested on re-signing Nkunku this summer. 90min understands that Kylian Mbappe, who committed himself to the club after turning down a move to Real Madrid, was particularly keen on reuniting with the 24-year-old in the French capital.

However, Leipzig were clear that Nkunku would not be sold this summer – his release clause does make a transfer next year more likely, though.

But while Nkunku is staying with Leipzig for the time being, Konrad Laimer is set to move on. The Austrian was another who had a standout campaign in 2021/22 and was of interest to Manchester United. His heart is on Bayern Munich and former Leizpig coach Julian Nagelsmann is pushing hard to reunite at the Allianz Arena, 90min understands.

Unlike Nkunku, Laimer has rejected the offer of a new contract with Leipzig. The Bundelsiga side are considering Edson Alvarez of Ajax and Rangers’ Glen Kamara as potential replacements.


This article was originally published on 90min as Christopher Nkunku signs new RB Leipzig contract to 2026.