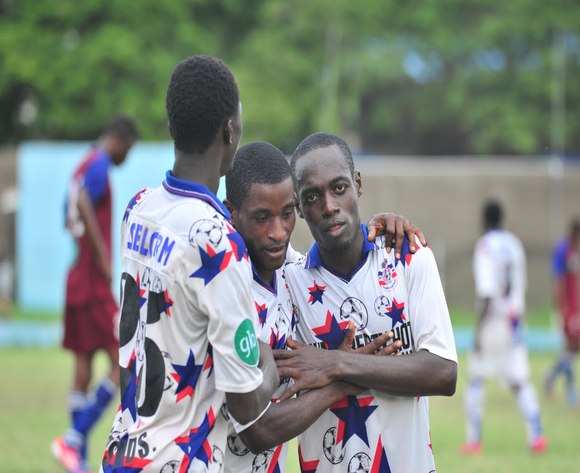 Asante Kotoko were handed their fifth defeat of the season as they slumped to a 1-0 loss at Liberty Professionals on Sunday.

Mohammed Cisseâ€™s 52nd minute strike proved the eventual winner for Liberty Professionals who needed the points to aid their bid to escape relegation.

The champions were however the first to get a sniff at goal after an impressive solo effort by winger Richard Mpong in the 14th minute.

But the resulting kick from the swift winger went wide â€“ to the relieve of the home fans at the Alhaji Sly Tetteh Park in Dansoman.

Liberty responded with an effort of their own four minutes later with Tamimu Muntari driving a delightful one out wide to set the stage of what was to be a give-and-take exchange.

Muntari was again on hand to fire another belter in the 22nd minute but goalkeeper Joseph Addo in post for the Porcupine Warriors was up to the task.

The host were growing in confidence as they bossed possession and created all the best chances but they lacked the needed finishing.

Kennedy Ashia and Tamimu Muntari were dominating the midfield as Kotoko were reduced to defending their goal area for much of the first half.

Mas-Ud Dramaniâ€™s side managed to get to recess without conceding but suffered an early setback at the restart.

Cisse struck just seven minutes into the second half to awaken the mood at the Dansoman Park.

Liberty almost doubled their lead in the 62nd minute after a Joseph Addo mistake let in Cisse again but he fluffed the chance.

The champions got a foothold on the game in the latter stages as Liberty coiled into their defensive shell to grind out the remaining minutes.

They held on to the solitary lead to register yet another famous win over Asante Kotoko.