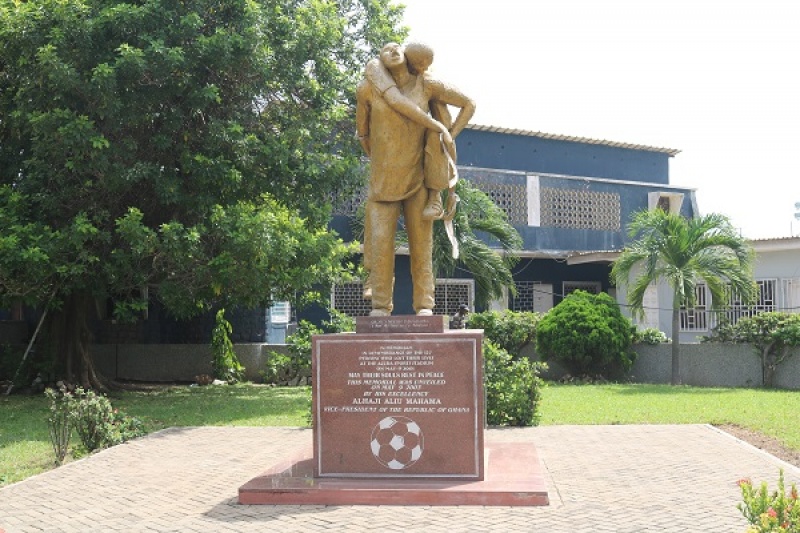 Clubs across the country will wear black armbands and observe a minute silence to commemorate the 20th anniversary of the May 9th stadium disaster.

The Ghana Football Association as part of activities lined up to pay respect for the victims of the worse day in the history of Ghanaian football ordered clubs to remember the day ahead of their matchday 23 games.

A stampede broke out in a match between Hearts of Oak and Asante Kotoko leading to the deaths of 127 fans.

"In commemoration of the May 9, 2001 Accra Sports Stadium disaster, the Ghana Football Association has directed that a minute’s silence should be observed before the commencement of all league matches this weekend," a statement on the FA's website read.

"The Association has also asked all Premier League, Division One and Women’s League Clubs to wear black arm bands in honour of the soccer fans who lost their lives in the stadium disaster.

"As part of activities marking 20 years anniversary of the tragic disaster, a commemorative event would be held at the forecourt of the Accra Sports Stadium on Sunday May 9.

"The event themed, “Never Again- Say No to Hooliganism”, will be attended by the Minister of Youth & Sports Hon. Mustapha Ussif, the Director General of the National Sports Authority Prof. Peter Twumasi, GFA President Kurt ES Okraku and top officials from the Ghana Football Association.

"The commemorative event will commence at 8am on Sunday."