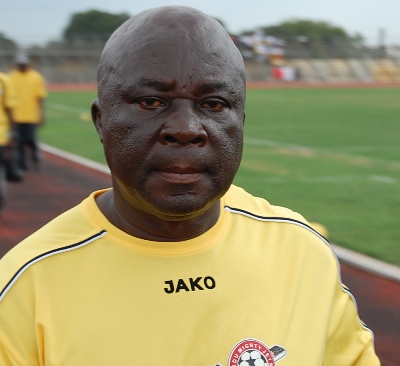 The Kumasi-based club are currently in the process of paying outstanding debts incurred during the time of past administrations.

Notable of them is the whooping 99,000 Euros to be paid German coach Hans Dieter Schmidt for his wrongful dismissal in 2005 â€“ a debt the club intends to begin servicing in the course of this week.

And Afranie says he has been over-looked as the club looks to settle past debts.

â€œSo I told the then-administration to take care of the players first as a matter of priority.

â€œSo I still have about three months salaries outstanding including bonuses owed me.

â€œI was even promised $10,000 if I was able to qualify the team to the money zone in the Champions League which I did but the promised has since not been fulfilled.

â€œMy entitled bonuses up to $5000 also remains outstanding plus my salary which was then 20m (2000 Ghana cedis) by three months.

â€œI can see they donâ€™t have the intention of paying because I have had several discussions with the current chairman (Dr. Sarpong) and he seems a very nice man but he keeps telling me there is no money.â€