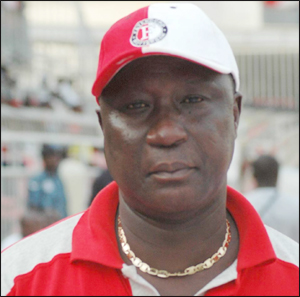 Coach Bashir Hayford is expected to return to Ghana top-flight side Medeama on Monday after serving a one-month suspension.

The former Ghana Under-17 boss was slapped with a one-month suspension last month following the teamâ€™s unimpressive start to the league.

But in his absence coach Abubakar Yussif has excelled with the side including a 3-0 thrashing of AshGold.

Hayford has been heavily linked with Ashantigold after it speculation last week that the Miners are interested in him.

He watched his side beat Ashantigold 3-0 at the Essipong stadium on Wednesday night to heighten speculations heâ€™s close to agreeing a deal to join the miners.