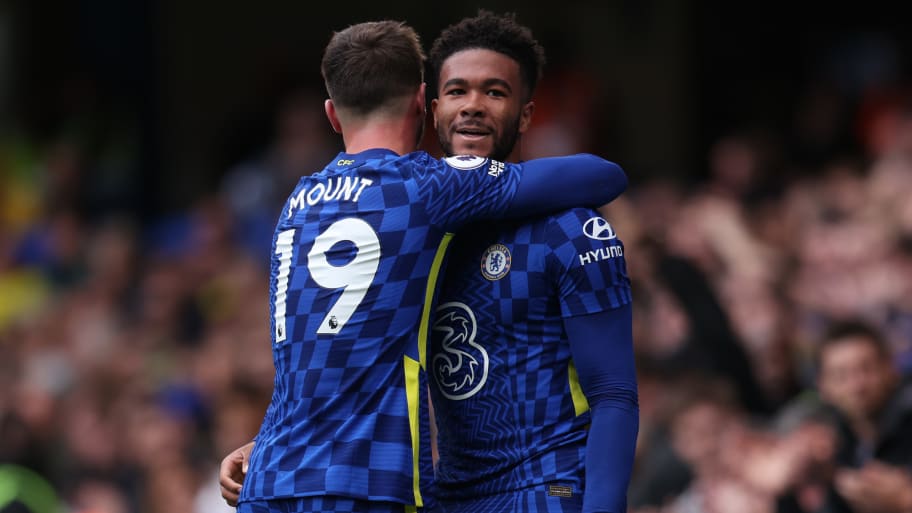 It must have felt pretty good to be anyone associated with the Chelsea academy on Saturday.

We're nearly 12 months into the Thomas Tuchel era, and any fears that the Blues' youth graduates would suffer under the German have been dispelled emphatically. In Saturday's 7-0 mauling of Norwich City, no fewer than five academy products took to the field.

Four were starters - Trevoh Chalobah, Mason Mount, Callum Hudson-Odoi and Reece James - while the excellent Ruben Loftus-Cheek joined the fun off the bench and quickly found his groove.

Just to have those players on the pitch means so much to a club like Chelsea, whose track record of promoting youth is sketchy to say the least, but this five weren't just there for the vibes. They were running the show.

Mount's hat-trick was the obvious highlight of the game. The midfielder ran riot and pulled the strings to perfection, but so did the rest of them. Hudson-Odoi scored and forced an own goal from Max Aarons, James netted a great strike, Loftus-Cheek set up Mount late on and Chalobah was as comfortable as ever at the back.

These are five academy kids having the absolute time of their lives for the Premier League leaders and European champions. You could not ask for more.

However, if you do want more, you only had to look over at St Mary's Stadium.

Ralph Hasenhuttl's Southampton drew 2-2 with Burnley just a few hours after the Chelsea game, with the Saints' goalscorers both flying the flag for the Cobham academy.

Tino Livramento, Chelsea's academy player of the season last year, continued his unbelievable rise with yet another sensational showing - Southampton's decision to spend £5m on him was genius - before Blues loanee Armando Broja bagged a goal of his own.

At the same time, Conor Gallagher was strutting his stuff for Crystal Palace in their 1-1 draw with Newcastle, taking the tally of recent Cobham graduates performing on Saturday to eight. Andreas Christensen sat on the bench and missed out on making it nine.

Chelsea's treatment of their young players has divided opinion for years, but the results are undeniable. The Blues offer an education and training regime that can hardly be rivalled in Europe, let alone in England, and the production line continues to churn out superstars of both the present and future.

Five of those are flying the flag for Chelsea right now, while Broja and Gallagher could be ten months away from making their own impacts at the Bridge. Even Livramento, whose contract contains a buy-back clause believed to sit around the £40m mark, may still get his chance.

In the short term, it's down to Mount, Hudson-Odoi, Chalobah, James, Loftus-Cheek and Christensen to perform for Chelsea. They've all done brilliantly, with the Norwich victory the best showing of the season so far, and the good times look like continuing for a little while longer.

This article was originally published on 90min as Cobham graduates steal the show as Chelsea breeze past Norwich.