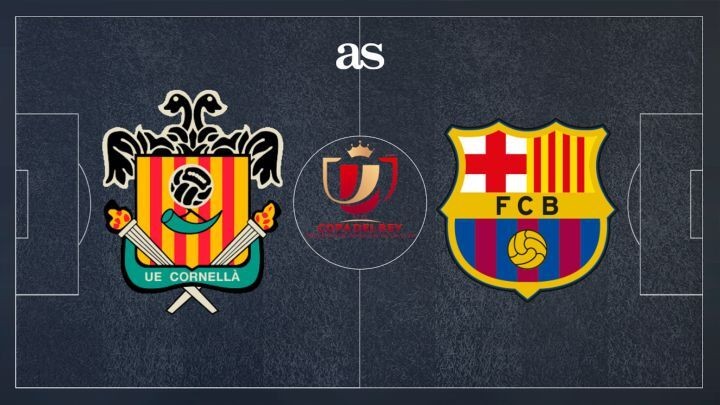 All the info you need to know on how and where to watch Cornellà host Barcelona at Camp Municipal de Cornellà in the Spanish Cup on 21 January at 21:00 CET.

Barcelona don't have to travel far for their debut in the Copa del Rey this season on Thursday, as it's a just a few kilometres down the road to get to Cornellà to play their round of 32 tie, but in terms of footballing competition, Ronald Koeman’s men will need to be at their best if they don’t want to experience any early surprises, such as the one that stunned Real Madrid in Alcoy on Wednesday night against third tier Alcoyano.

Barcelona are also going into this Copa del Rey tie with the bitter memories of their defeat to Athletic Club in the Spanish Super Cup final, where they were unable to secure their advantage in the final moments of the match and ended up losing in extra-time.

Barça know what happened to Atlético

Given that defeat, the Blaugranes will be looking to a secure an easy win against Cornellà as being dumped out of the competition at this stage would likely have serious consequences for Koeman who is already looking wobbly. But the hosts will be no pushovers, hoping to make headlines around the world once again, as they did when they beat heavy favourites Atlético Madrid in the same venue in the last round

Aside from defender Adrián Jiménez, Cornellà do not have any major injury-related absentees heading into this game.

Carlos García and Pol Moreno could form the central defensive line, together with full-backs Iván Guzmán and Rulo Prieto, while Borja Garcia, Agus Medina and Albert Dorca will probably be in midfield.

As for Barcelona, Neto could get the starting place in goal, ahead of Marc-Andre ter Stegen, while in defence Óscar Mingueza could have his opportunity. Sergiño Dest and Sergi Roberto are both injured.

Samuel Umtiti could replace Clement Lenglet while Junior Firpo should also come in at the expense of Jordi Alba.

In midfield, Riqui Puig will likely feature from the start alongside Miralem Pjanic, while Francisco Trincao and Antoine Griezmann could be the men in attack together with Martin Brathwaite.

What time does the Cornellà vs Barcelona match start?

The 2020/2021 Copa del Rey match between Cornellà and Barcelona will be played at Camp Municipal de Cornellà (Cornellà) and will kick off at 21:00 CET on Thursday 21 January 2021.

Find out what time Cornellà v Barcelona gets underway where you are in the world.

Where can I watch Cornellà vs Barcelona?

No matter where you are on the planet, you can see what channel the Cornellà vs Barcelona match is available on here.

Is the Cornellà vs Barcelona game online?

Cornellà-Barcelona is available in most nations through the rights holders’ online platform, if they have one. The best option is to check who is showing the game in your country and if they have an online service or Ios/Android app to watch it on.

For example, you can watch the match on DAZN