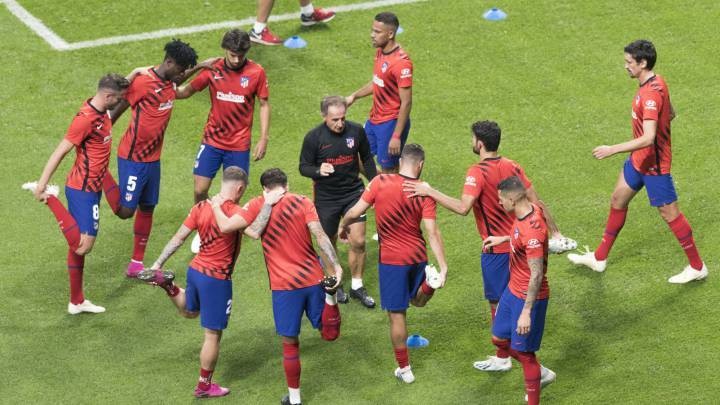 Atlético Madrid president Enrique Cerezo has said that the club's players and staff will "rise to the occasion" during the coronavirus crisis in Spain.

Atlético Madrid president Enrique Cerezo has stated that the club's players and staff will accept pay cuts during the coronavirus crisis sweeping across Spain and denied that the club acted inappropriately by travelling to Anfield to play Liverpool in the return leg of the Champions League last 16 tie between the clubs: "We went to Liverpool because we had to play there and it wasn't called off, we had the obligation to play," Cerezo said on Thursday.

Atlético's last competitive match before European football shut down due to the advance of Covid-19 across the continent was against Jürgen Klopp's side on 11 March and produced one of Atlético finest Champions League nights as Diego Simeone guided his team to a 3-2 victory in extra time. However, the decision to stage the match has drawn criticism given the presence of 3,000 Atlético fans while Spain was closing schools and the government mulling a complete lock down due to coronavirus. "If they had told us that we shouldn't have gone, we wouldn't have gone," the Atlético president added, noting that there have been no confirmed cases of coronavirus at the club.

Atlético will "rise to the occasion" of Covid-19 crisis

Cerezo also said that in line with many other clubs, if not all in LaLiga, Atlético would consider imposing salary reductions to safeguard jobs and the financial viability of the club during the current pandemic. "Our players are conscious of the situation," he stated. "I don't think that there will be any problem on their part, or the part of the coach or the technical staff, because they will always rise to the occasion."