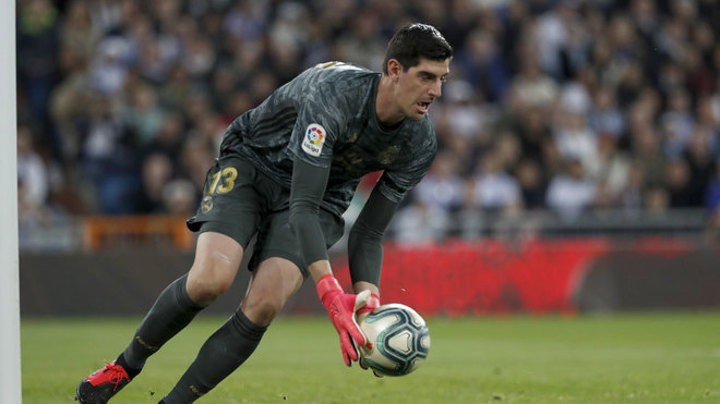 Real Madrid's last home fixture in LaLiga Santander before welcoming Barcelona to the Estadio Santiago Bernabeu was a hard-fought 2-2 draw with Celta Vigo which clearly piles on the pressure.

Goalkeeper Thibaut Courtois was already asked to look ahead to the upcoming visit from his team's title rivals and played down talk of their disappointing form.

"What they say about Barcelona being bad is a thing from the press," Courtois insisted.

"They are winning games, they're a point behind and will come to the Bernabeu with all guns blazing."

The game against Celta was also important as it saw the return of Courtois' compatriot, Eden Hazard, from injury.

"He's not at 100 percent but he played 70 minutes well, he's an important player for us," Courtois replied.

"He'll be ready for the important week which is coming up."

That said, there was a bittersweet feeling to the occasion as Celta took an early lead before Santi Mina converted a late equaliser.

"We've lost two points, but it's true that they are two goals with a lot of class from them," Courtois analysed.

"What we've done over the past few months won't change because we drew today.

"Two points have escaped which is worth a lot, especially at home."

Real Madrid's lead at the top of LaLiga Santander was cut to just one point after the result.