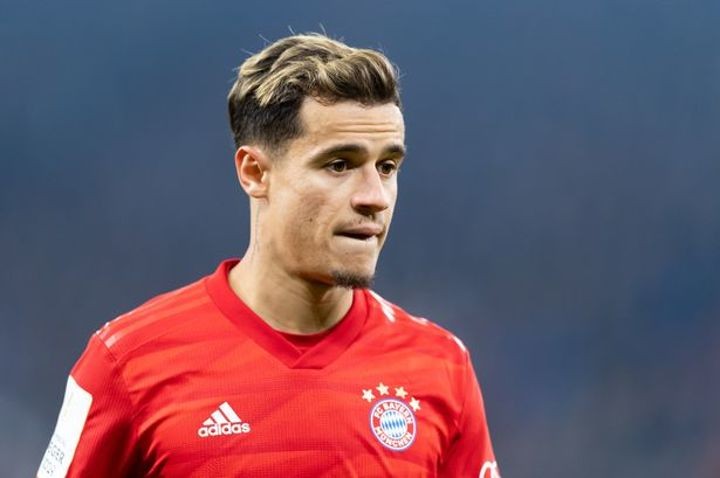 If Tottenham were to sign Philippe Coutinho this summer it could cause a mutiny at the club, according to reports from Spain.

Former Liverpool star Coutinho has been heavily linked with a return to the Premier League this summer - and Spurs are among several top-flight clubs tipped to try and sign the 27-year-old.

Arsenal, Chelsea and Newcastle have also been credited with an interest in the attacking midfielder, who joined Barcelona from Liverpool for £142million in 2018 but has since failed to hit the heights of his spell at Anfield.

Tottenham boss Jose Mourinho has now ruled out a move for Coutinho, according to Mundo Deportivo - and that could open the door for Arsenal to make their move.

The report from the Barcelona-based outlet claims the Catalan club want a £9m loan fee for Coutinho, who spent last season at Bayern Munich.

Bayern paid the Brazilian's wages as part of that deal - and that's what is reportedly concerning Mourinho.

Coutinho is believed to earn in excess of £200,000-per-week at Barca - more than any of Tottenham's players including top stars such as Harry Kane.

And Mundo Deportivo reports that Mourinho does not want to risk an outcry from his players by signing Coutinho on loan and committing to paying his whopping salary.

But if Tottenham pull out of the race, that would open the door for Arsenal or Chelsea to sign Coutinho, who scored 26 goals in his last season in English football.

Mikel Arteta's Arsenal will be encouraged the fact that the player's agent is Kia Joorabchian, who has a good relationship with the Gunners.

However, Barcelona will sell if a club meets their £90m valuation - and that could see Newcastle United beat their Premier League rivals to Coutinho's signature.

Liverpool are not believed to be interested in re-signing their former player.