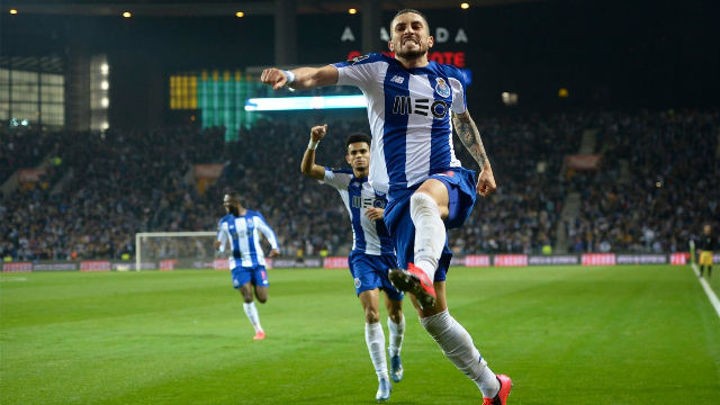 It appears as if FC Porto are ready to give up the fight to keep hold of Alex Telles.

The Brazilian left back is a wanted man across Europe with FC Barcelona said to be leading the race for his signature. The Portuguese side won't allow Telles to leave until they have secured his replacement and it appears a former La Masia star could be their chosen option: Marc Cucurella.

Telles, who also holds an Italian passport, is refusing to pen a new contract with Porto. This means they will be forced to sell their star man in the summer as from January he'll be able to sign pre-contract terms with other teams.

After missing out on the Champions League, Porto need to balance the books. Even with Telles contract running down, they won't be short of offers close to his €40m buyout clause.

The one aspect Porto didn't factor in was Telles refusing to sign a new contract. This could force them to accept even less than €40m and be made to search for a cheap replacement for the full back.

Cucurella is having a fantastic season with Getafe, both in LaLiga and the Europa League, and at 21 is still young enough to be sold on for a profit in the future. He's expected to be a very wanted man once the transfer window opens again.

Getafe have Cucurella on loan from Barça but with an option to make it permanent for just €6m, although the Catalans would rake in 40% of any future sale. Of course, both sides could reach an agreement in order for everyone to make the most money in the event Cucurella was sold.