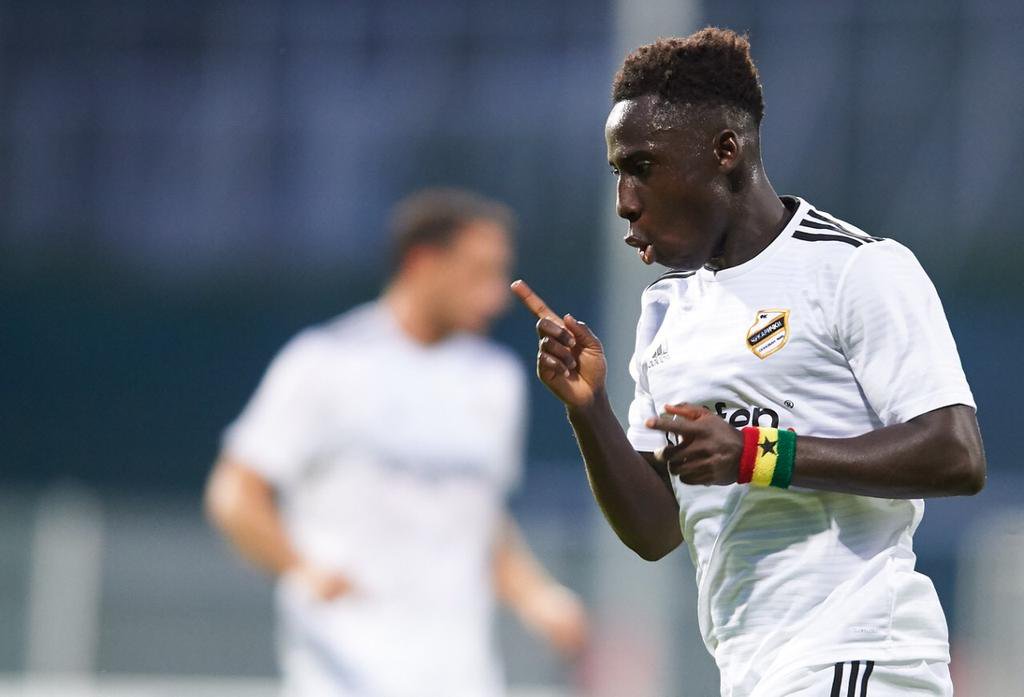 Serbia-based Samuel Owusu played his first ever Africa Cup of Nations match on Tuesday in the 2019 tournament as ten-man Ghana drew 2-2 with Benin in their Group F opener.

The Čukarički winger replaced another debutant Thomas Agyepong in the 35th minute after picking up a knock.

This was after Andre Ayew had cancelled out Mickael Pote's second minute opener at the Ismailia Stadium.

Owusu immediately announced his presence when he cut in from the right and unleashed a curler.

But 23-year-old lasted 24 minutes on the pitch and had to be sacrificed in the 59th minute after Ghana had been reduced to ten men following the sending off of John Boye.

Owusu was replaced by Jonathan Mensah, the Columbus Crew centre back.