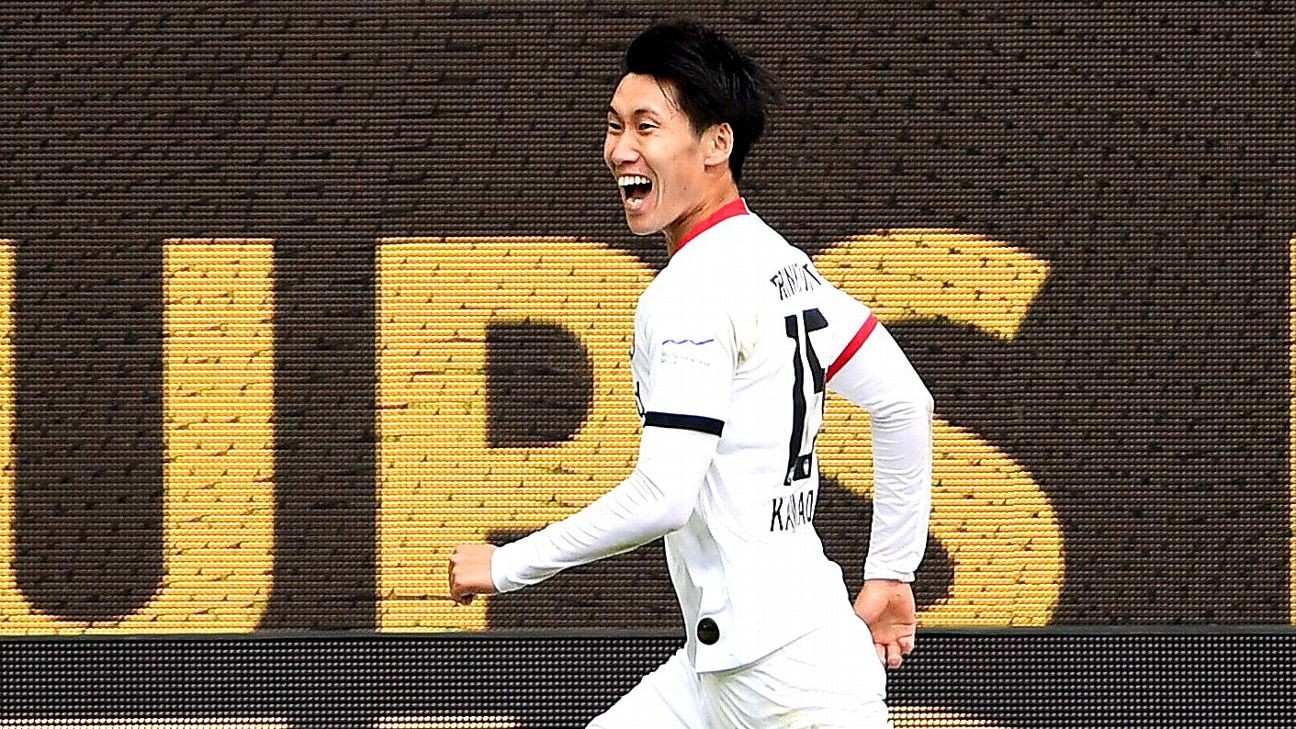 Despite a breakthrough season at Eintracht Frankfurt, Daichi Kamada had yet to score his first goal in the Bundesliga.

But 10 days after the league restarted the rising star from Japan has two in as many games. He score his first in a 3-3 draw against Freiburg midweek before grabbing a dramatic 85th-minute winner on Saturday to snatch a 2-1 triumph over Wolfsburg.

For the Eagles, Kamada's emergence as a viable goal option could not be coming at a better time.

This Frankfurt outfit has struggled to live up to their performance of last season, where they finished 7th in the Bundesliga while also reaching the semifinals of the Europa League.

Before Tuesday's game against Freiburg, Adi Hutter's squad was in the middle of a five-game losing run in the league and was in real danger of falling into the relegation battle.

Four points out of a possible six over the past week has since steadied the ship as they now sit five points above the drop zone in 12th.

Perhaps Frankfurt's struggles should have been expected after Luka Jovic, Sebastien Haller and Ante Rebic's departures over the summer. They lost a formidable attack that combined for 57 goals last term.

Andre Silva and Bas Dost were both brought in as replacements while Goncalo Paciencia was expected to play a more prominent role; but injuries have limited their impact.

Considering Kamada's loan spell at Belgium's Sint-Truiden last season produced a 15-goal haul, the Japan international clearly knows how to find his way to the back of the net -- but doing so in the Bundesliga has been a considerably tougher test. Kamada has now proven he is capable of passing.

While his strike against Freiburg was an opportunistic effort, he displayed real offensive instinct against Wolfsburg: He timed his run perfectly, latched on Dost's flick-on header and clinically fired home the winner four days later.

As an attacker, scoring goals consistently is something he has to do if he wants to emerge as a genuine star in one of Europe's top leagues -- something compatriot Shinji Kagawa achieved during his decorated time with Borussia Dortmund.

With six crucial matches left to play, Kamada could be coming to the fore just when Frankfurt need it the most.